I visited London in early June last year and, over my next few posts, I will share some 18th century finds and English acquisitions from that trip.

Today's topic: this reproduction fabric from the V&A. 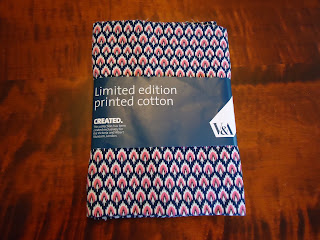 As part of last year's quilting exhibit, the V&A gift store sold repro cotton fabrics made by Liberty of London. There were probably two dozen to choose from, all sold in half meter packets (mine measures 60in wide and just under 20in long), but most of the prints were too far into the 19th century for my taste.

I chose this print because:

a) it's 18th century
b) the package copy, "limited edition printed cotton," swooned me.

The label on the back of the package reads,

Design taken from a patchwork coverlet made in Britain, dated c. 1797.

And that's all I know about the original.

I browsed the V&A's online collections for inspiration. I *think* the print might be from one of the two quilts below because their eras and parts of the descriptions fit. But it's unfortunately hard to tell on the computer screen if it's a match. 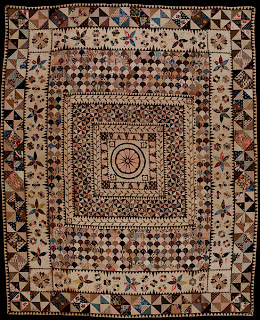 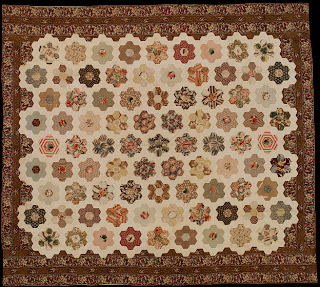 I'm not in love with the print. Usually when I find fabric, I know what that fabric wants to become. But with this one I'm clueless. Thoughts? Suggestions? Any ideas about using this for a late 18th or early 19th century impression? 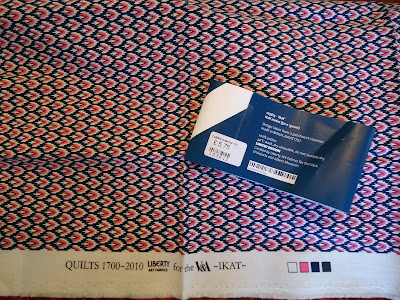