This weekend I was lucky to portray an 18th century milliner at the America's Hometown Thanksgiving Celebration in Plymouth, Mass. (Some pictures are on Instagram, but I'll post others here later this week.) To prepare for the event, I researched the terms millinery / milliner. I usually think as a milliner as relating to the art of hat making, and I believe it's separate from a mantua maker who would make gowns, but sometimes it seems that the definition of milliner in the modern vernacular reenacting genre suggests making gowns. Is this definition 18th century valid? What exactly did an 18th century milliner make and sell?

To learn more about 18th century "millinery", I've investigated some primary sources to answer these questions...

The first print shows the woman in the center sewing a cap. (Thanks to the mirror behind her, I'm pretty sure her hair is braided!) I can't quite tell what the woman on the left is crafting, but maybe it's trim for the petticoat that's hanging behind her? (I love how the ladies are all wearing long sleeves!) 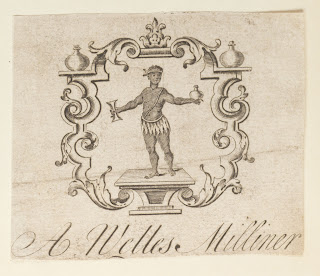 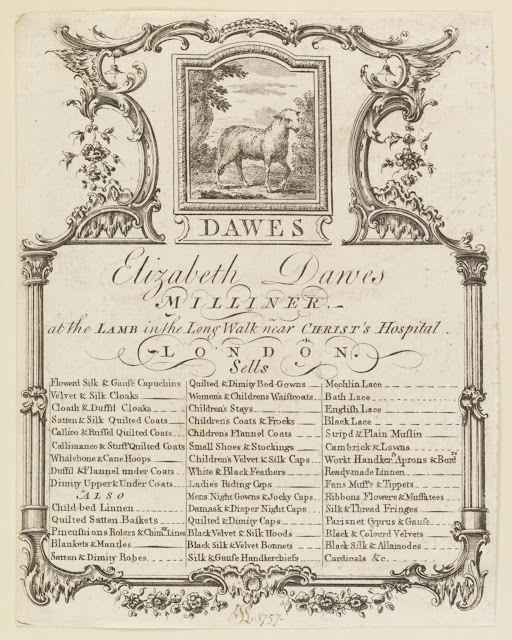 Ms. Dawes sells quite an assortment of goods at her shop such as tippets, children's stays and cloaks. Though she doesn't list ladies' gowns, she offers almost every accessory. (I would totally love to shop there!) In exploring the question about milliners specifically making hats, this ad suggests milliners could also be talented seamstresses who crafted, or at least carried, many necessary accessories. 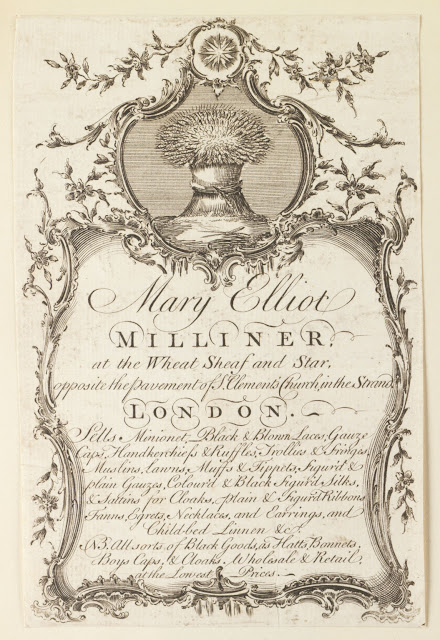 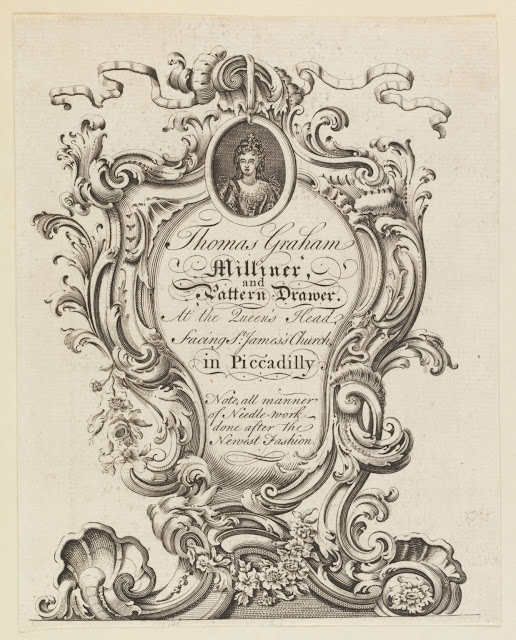 Lewish Wale Pole Library, Accession Number 66 726 T675
Unfortunately we can't learn what more Mr. Graham is selling, but we do learn that, "...all manner of needle-work done after the Newest Fashion." Perhaps this includes gowns? 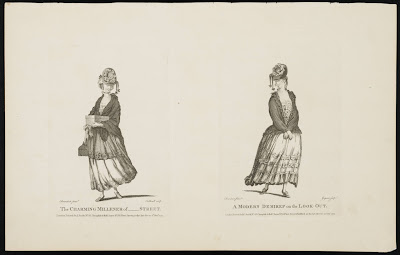 The charming milliner of ____ Street, December 1771
Lewis Walpole Library, Accession Number 771.12.01.05.2+
To have worked in the fashion business, the milliner must have been stylish. 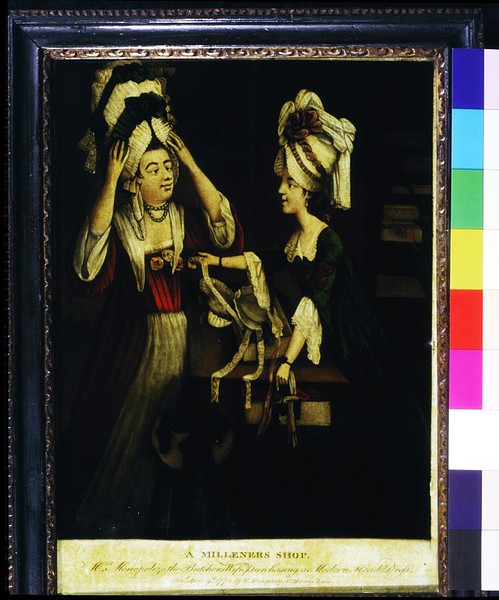 I found two opposing definitions of the term "Millinery" in different editions of Dr. Johnson's Dictionary. The version I have on my Nook states:

MILLINER (M'ILLINER) I believe from Milaner, an inhabitant of Milan, as a Lombad is a banker. One who sells ribands and dresses for women.

Milliner: one who sells ribands, bonnets, caps, &tc. for women.

Dowt, that darn et cetera! I had a Renaissance lit professor in college who said, "The et cetera invites the reader to participate." In this case, because the few other primary sources I found didn't allude to gowns, I think the e-book editor probably took a bit too much liberty in hir editing. I'm concluding, for now, that milliners didn't make gowns and that they focused on hats, caps and an assortment of accessories.

But I invite you to share you interpretations, &tc.