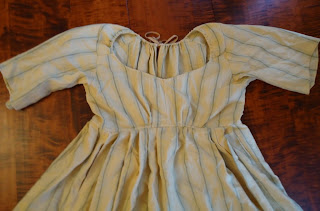 August was a quite month for blogging, but a busy month for sewing. As prep for the upcoming What Cheer Day at RIHS, I made a practice gown.  (For background about the event, see this post from Kitty Calash). I wanted to get a better sense of the construction of a transition gown--and try to work out the inevitable mistakes before starting a slightly nicer gown.

I used the c.1795 Work Dress pattern by Fig Leaf. I'm not a "pattern person" as I often find them terribly confusing, but this one was relatively straight forward. The computer generated lines were easy to cut and the directions, which included step-by-step photos, were fairly idiot proof. I think it came out ok, here's some background on my process and discoveries... 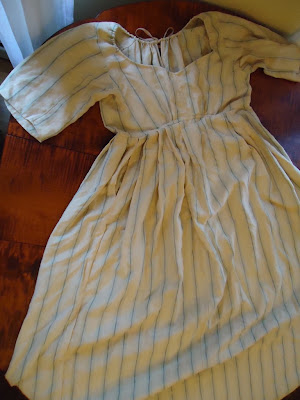 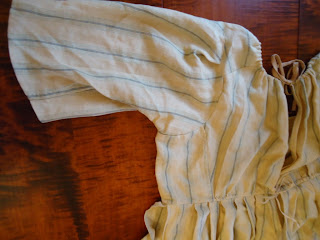 I was surprised to learn that sleeve stripes on late 18th century gowns run vertically along the arm, and not horizontally around the arm. Unfortunately photos of the extant gown from the South Carolina State Museum that this pattern is based upon aren't available--as far as I can tell. (If someone knows otherwise, please let me know.)

I trolled through some museum databases and found images that support the vertical arm stripes, my favorite of which is this satirical print: 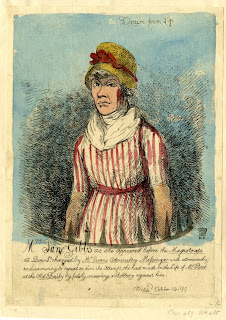 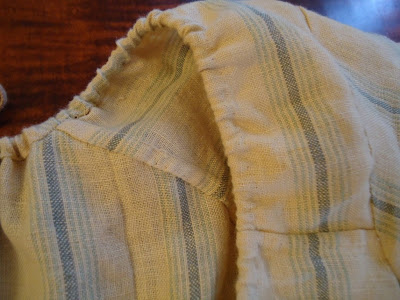 The directions called for a lining on the shoulder strap, but I omitted this. The bodice doesn't call for a lining and I couldn't figure out how this part was supposed to work. 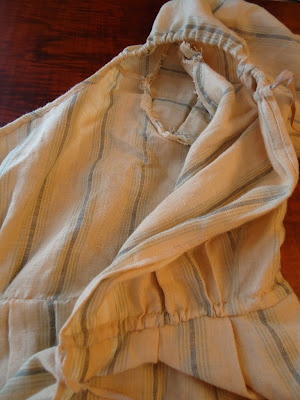 I set the sleeves the 18th century way, though I finished the seam along the top of the shoulder so it's not raw and fraying. 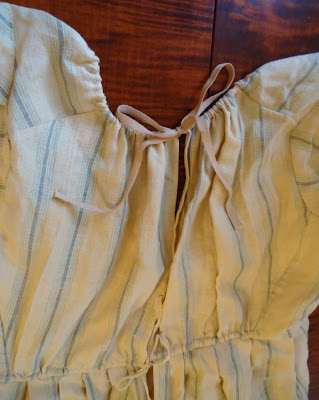 There's a drawstring along the neckline which ties closed at the center back. This offered the opportunity to use the cotton tape that I tea stained for my Crazy Brown Gown earlier this year, but didn't end up using. 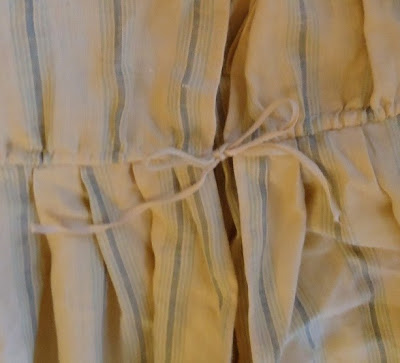 There's also a draw string along the waist at the back, which I lightly tea stained to coordinate with the larger ties. 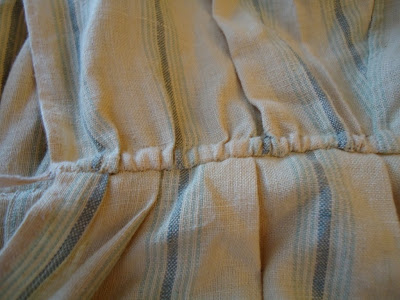 The directions call for sewing the skirt panels to the bodice with this drawstring inside while being careful to not to catch the string. Of course I caught the drawstring and it's now sewn in place, oh well! 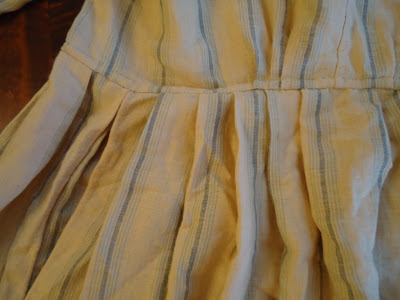 Another issue I encountered concerend the skirt panels and bodice at the front. I misinterpreted the directions and thought that the drawstring went around the waist, which I realized after I neatly sewed the casing, that it doesn't. Rather than rip it out, I've kept it and sewed the pleated skirt panels to the bodice... 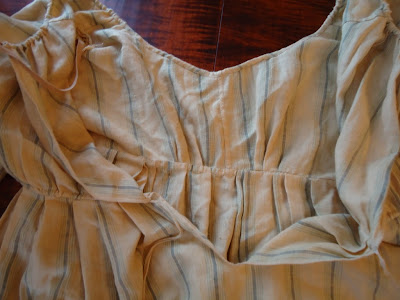 ...I also wasn't sure if the skirt panels on the inside should remain raw. This seems so messy, so I finished them to prevent fraying.

While working on this gown, my almost three year-old expressed great interest in assisting which I encouraged. 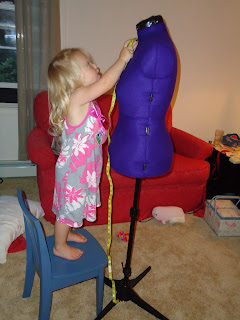 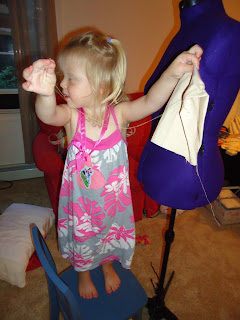 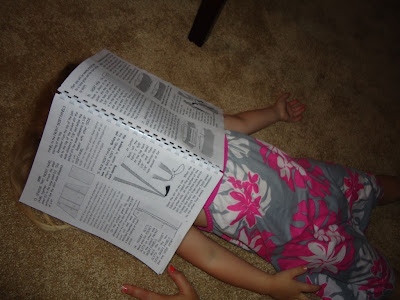 Though her "help" slowed down my progress, I like to think that taking extra time helps empower her as a growing little person while cultivating an interest in history. 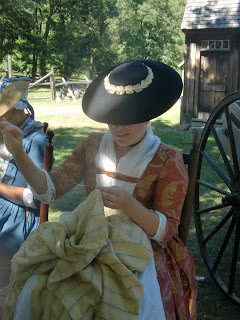 ...and I "debuted" the gown during a What Cheer warm-up the other day. As I've mentioned before, this is a new era for me which is a good challenge. There's much to research and develop in the coming five weeks as I prep for What Cheer Day and I think I now have a solid starting ground to build upon.