Whip It Up: The Rolled Whipped Gather 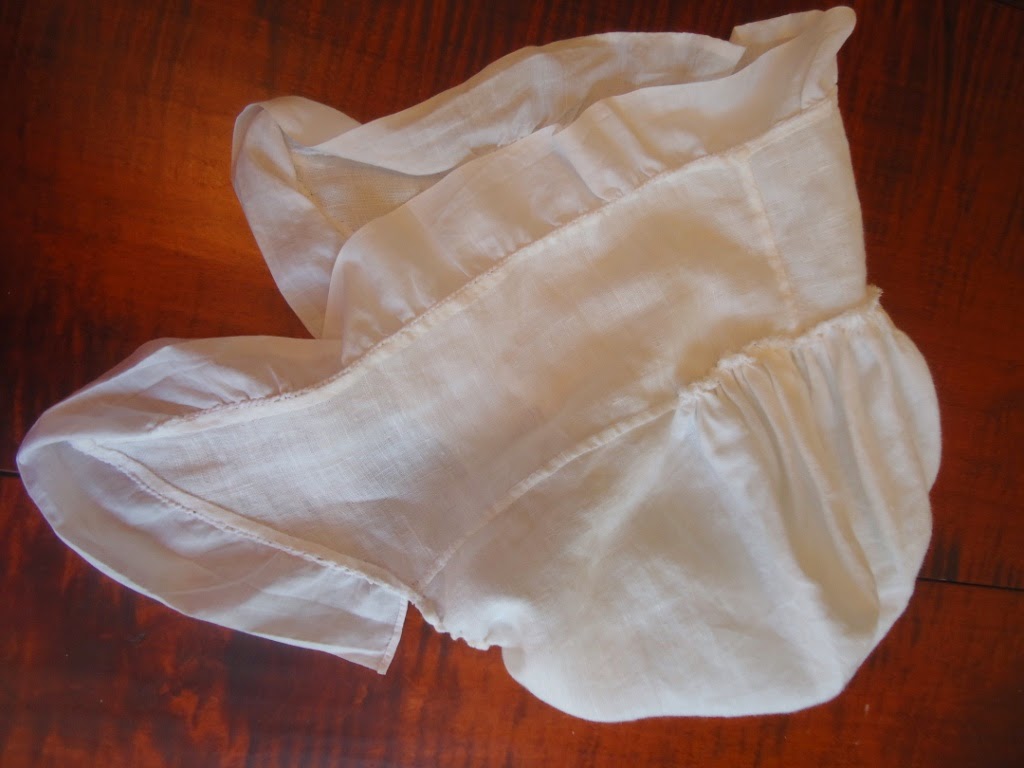 When sewing that lappet cap, I found the rolled whipped gather--the stitch that attaches the ruffle to the caul--to be the trickiest part. While having the extant cap to compare my work to was super helpful, it also raised my standard for what I consider a good finished product. Below I've outlined my journey (OK, it was a struggle) with this stitch...

Looking at the extant cap, I could see easily enough that the original stitch is made with one piece of thread...which is great. There's less sewing and it should take less time. From what I could *gather* you roll the ruffle hem and whip stitch this, while pulling, to the caul. Seems simple enough. After trying on a handful of occasions, I couldn't get the ruffle to have enough "frill". It just looked flat.

A friend helped me identify this mystery stitch (thank you Miss T.!) and told me that it's in The Lady's Guide to Plain Sewing. Though the mess that is my sewing room has swallowed my copy, I figured there must be a few tutorials from fellow bloggers.

After a little googling I found the following:
To make my rolled whipped gather, I followed the guidance from Connor Praire. Rather than sew it in one full swoop, like my extant cap, I made the rolled whipped gather on the ruffle then attached it to the caul in a second set of whip stitches, which you can see below. 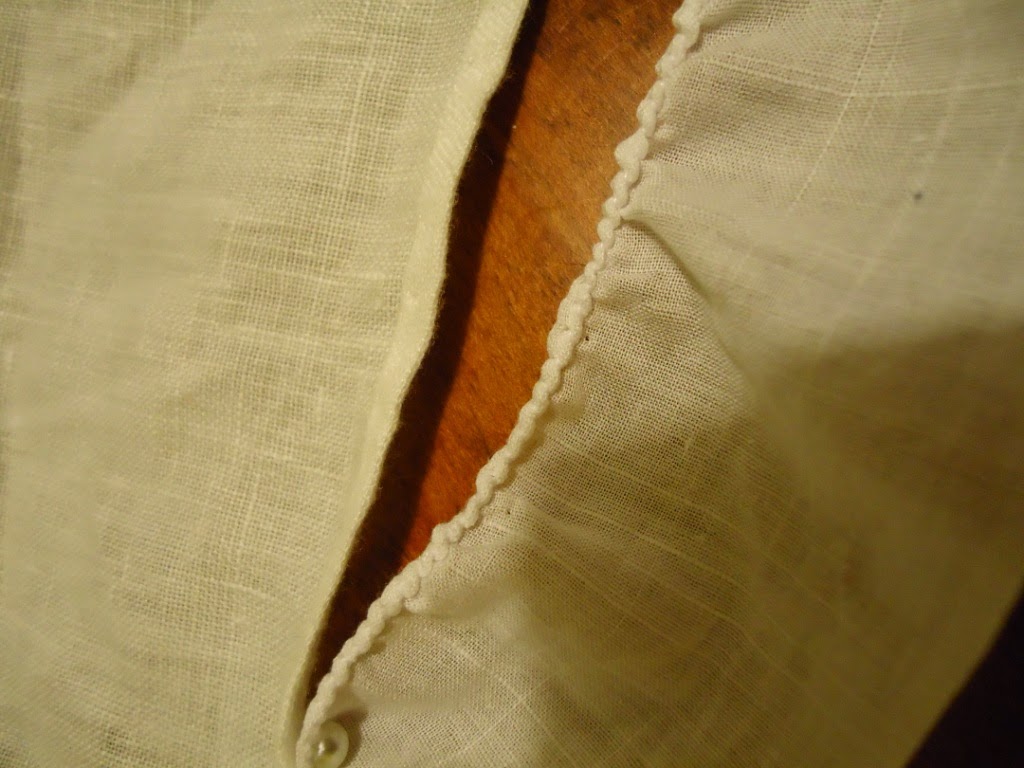 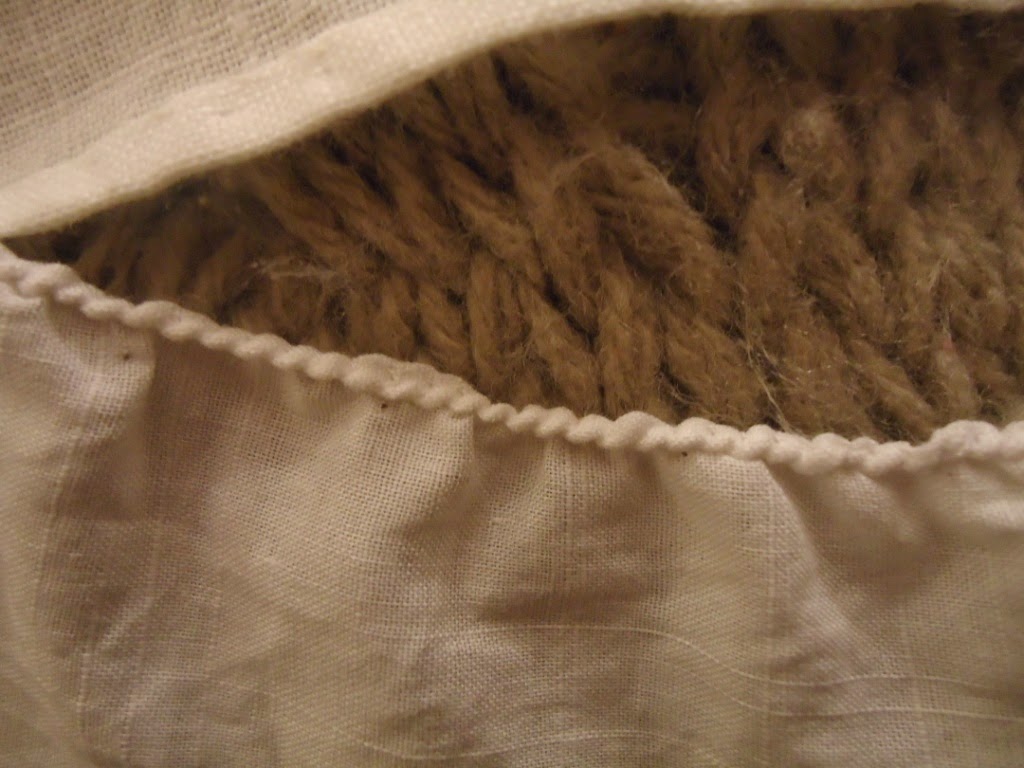 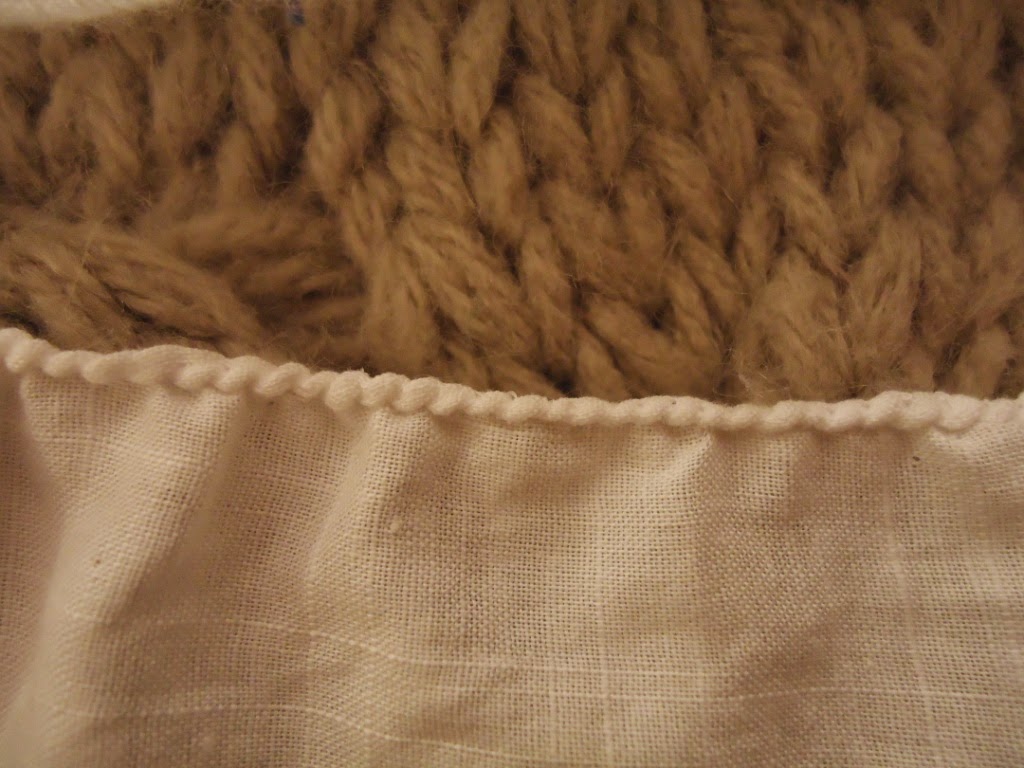 They look pretty good...nice and rolly and gathery. 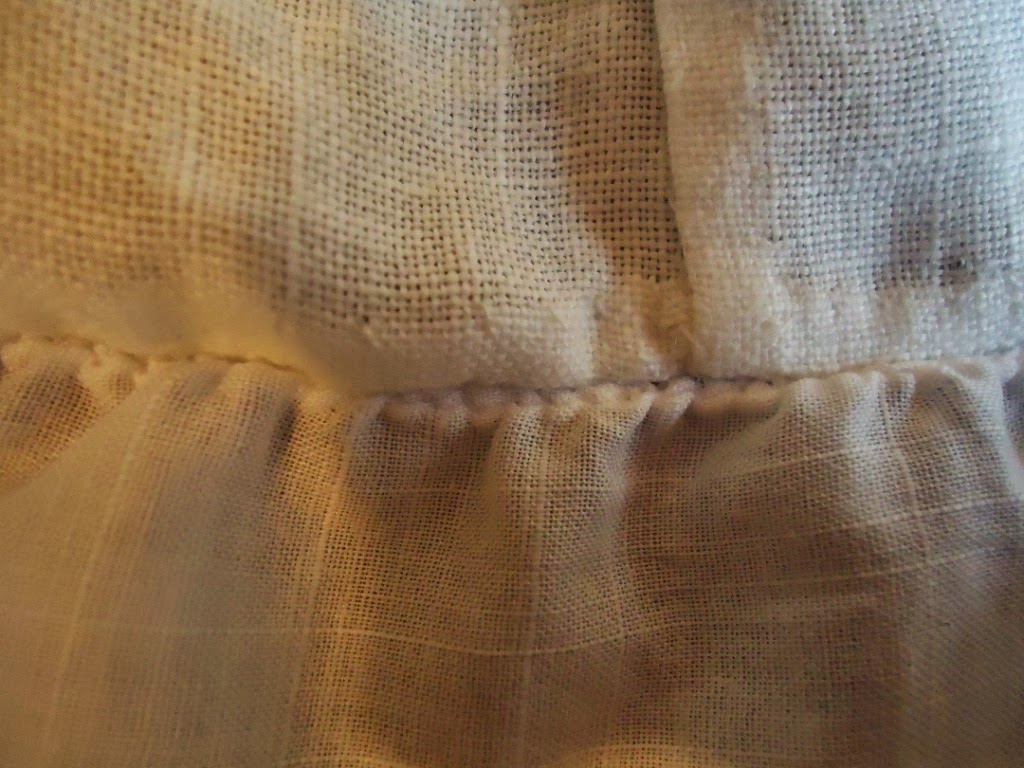 A few from the top of the cap. 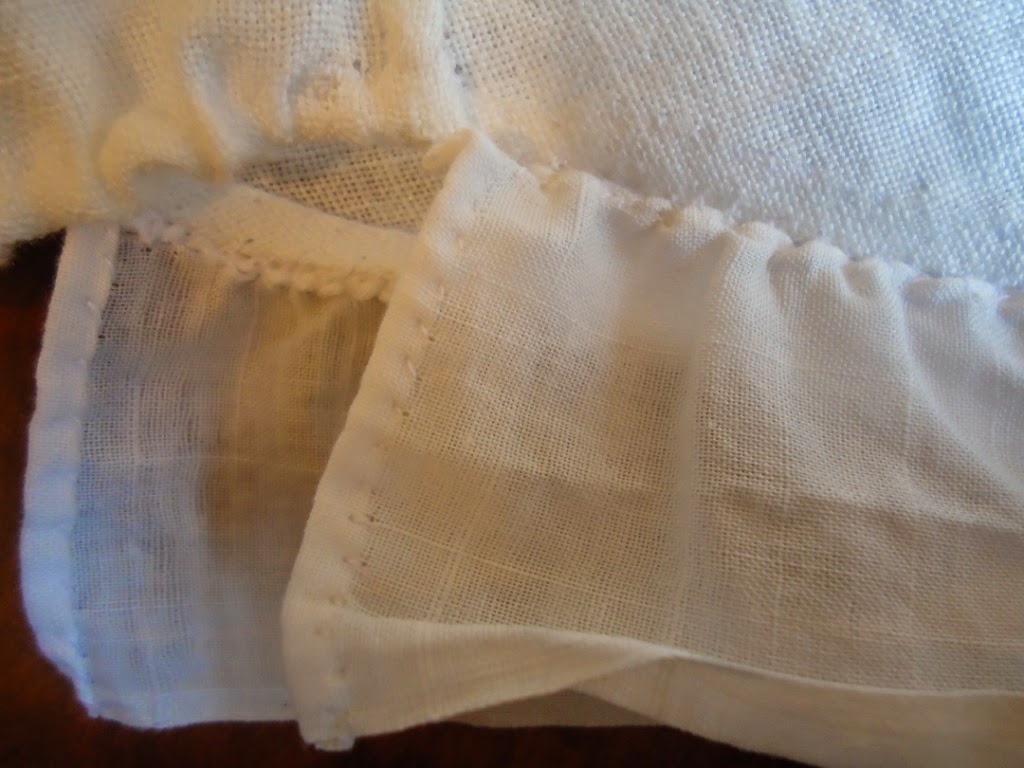 However I struggled to make the rolly/gathery part look as full as it should. The inside of the stitch, where the thread is most visible, looks better than the fashion fabric side. You can see this contrast in the photo above, and a detail of the nice rolled look from the inside in the image below. 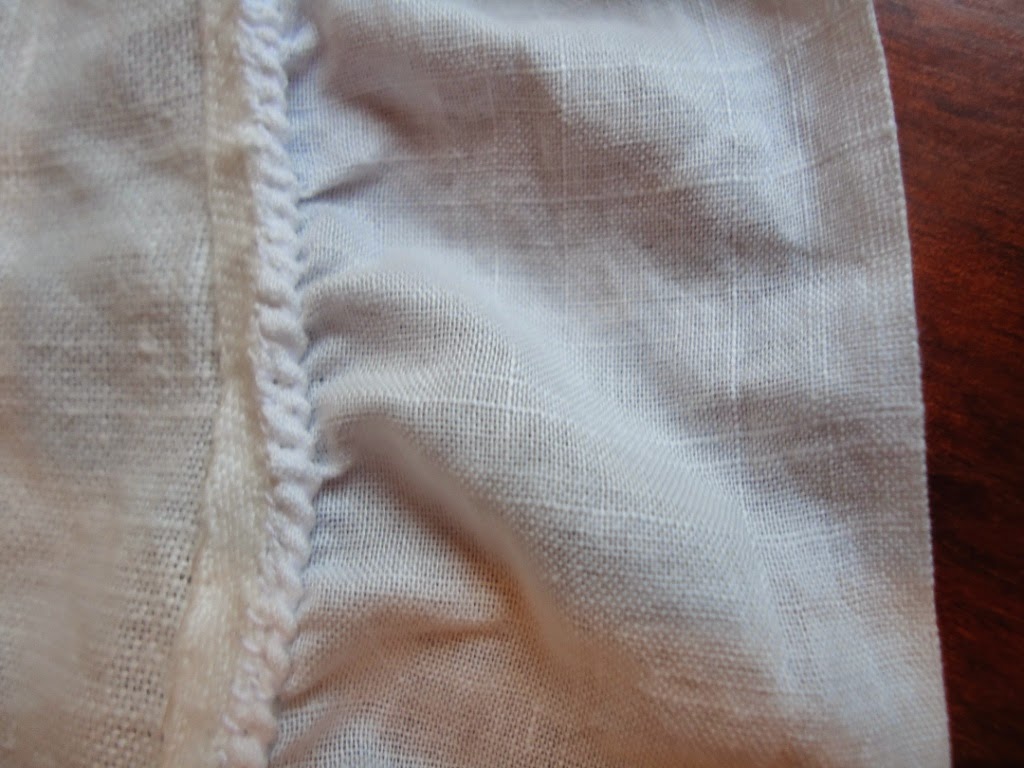 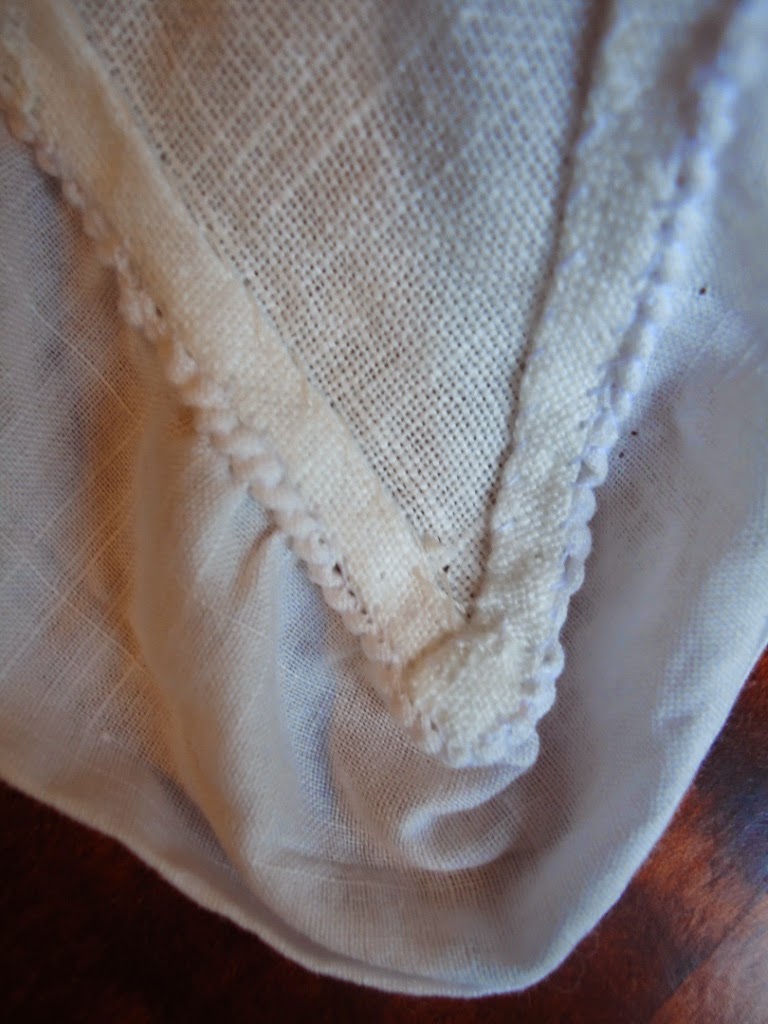 When whipping the ruffle to the lappet's point, I should have eased in a bit more fabric to accommodate the curve and create less of a wrinkle. Viewing the whipped gather work side-by-side, you can see that my stitches should be finer, perhaps by using a smaller needle, but definitely by making more stitches per inch.

Given the popularity of ruffles on extant caps, which are also seen in many 18th and 19th century portraits (for examples see my Cap Crazy Pinterest board), taking the time to perfect this stitch is important. The ruffle frames the face. As a historical interpreter who engages with the public in a museum setting, it's a detail that visitors will notice. If you've had any success with the rolled whipped gather, or want to commiserate with your struggles, I'd love to hear from you! 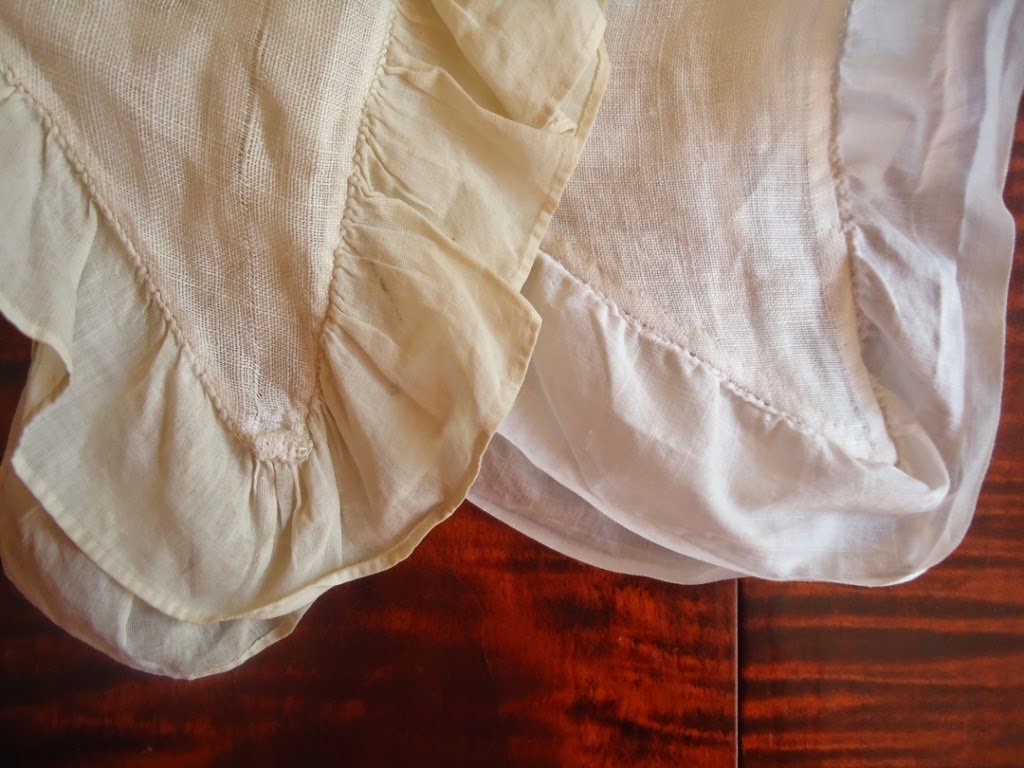 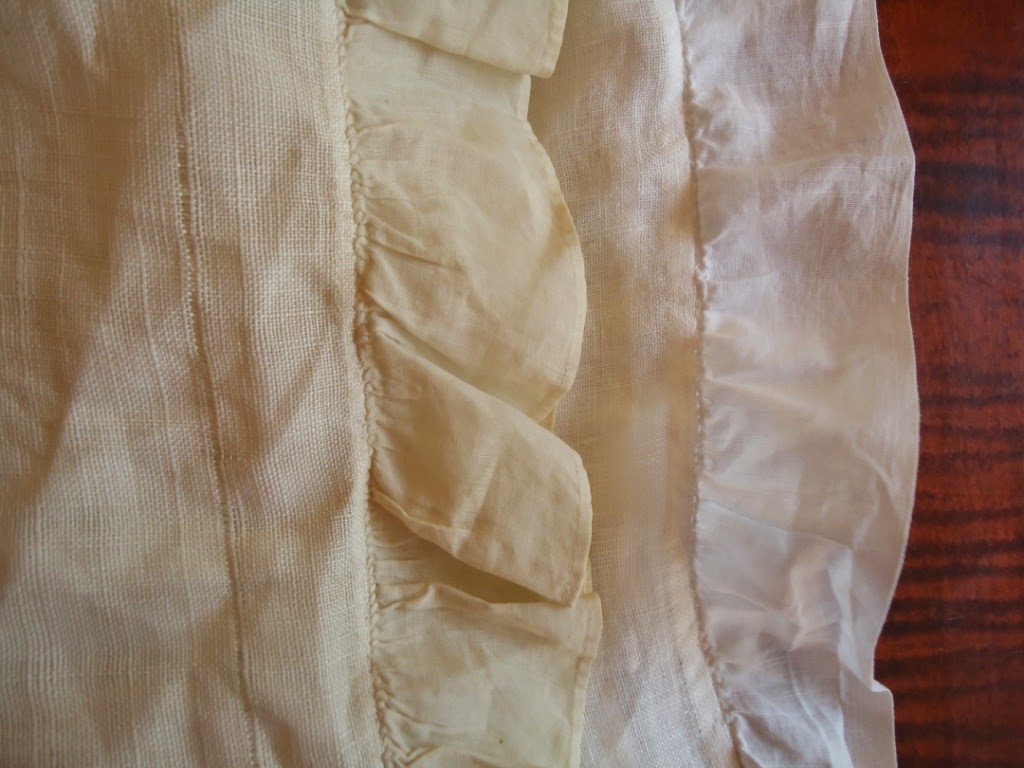 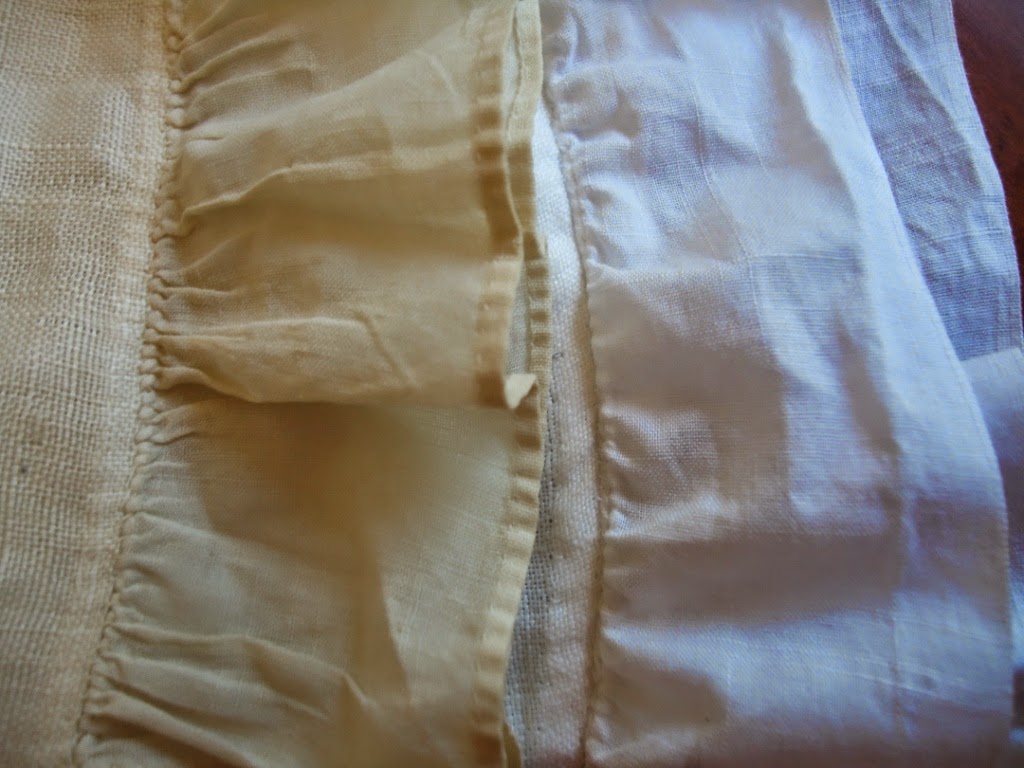