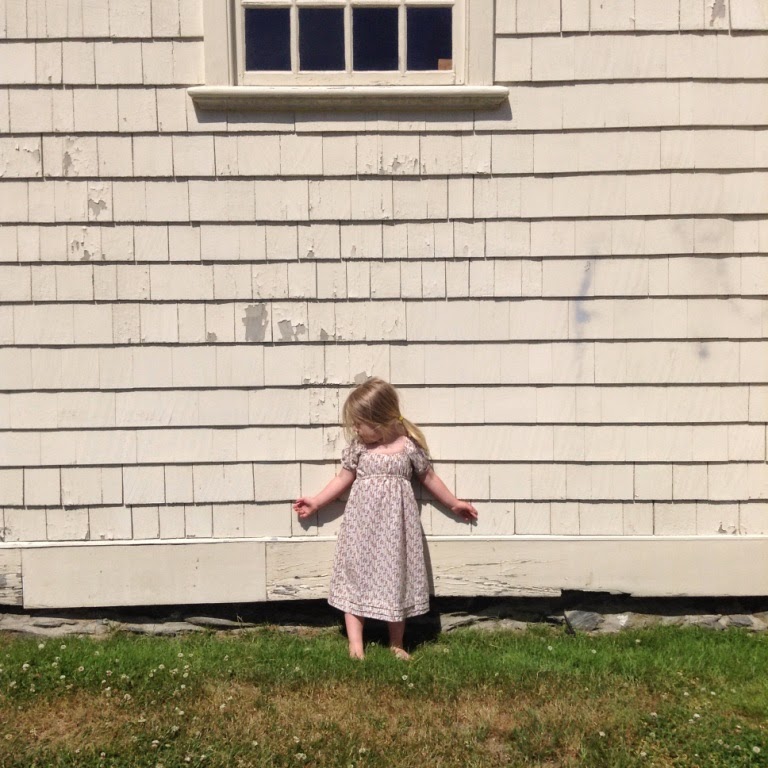 I finished my first toddler-sized "history dress" this past week. It's an early 19th century gown for the 1812 event in Saleem later this summer. To make sure it fits OK, my little one very proudly modeled it during a mini photo shoot for you all.

The photos were taken outside of the 1699 Great Friends Meeting House in Newport, RI. The building's exterior reflects its early 19th century appearance, making it a good location for early 19th century attire. To learn more about the GFMH, click here.

FYI - this is an image heavy post. I'll share construction details and research in my next update. 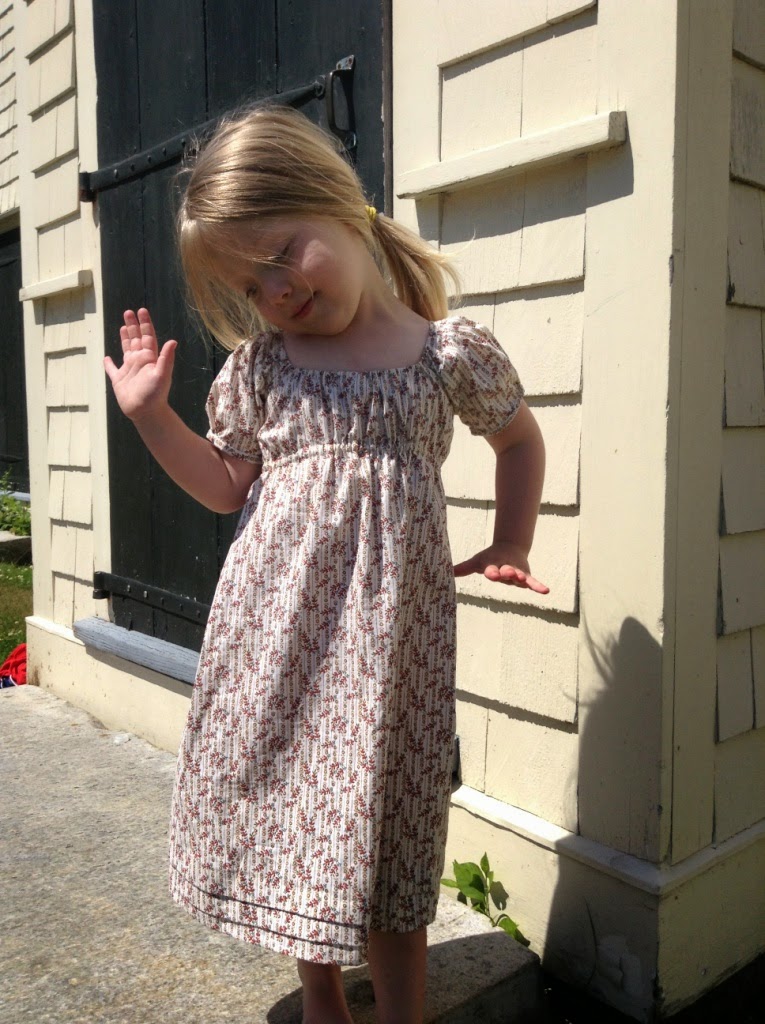 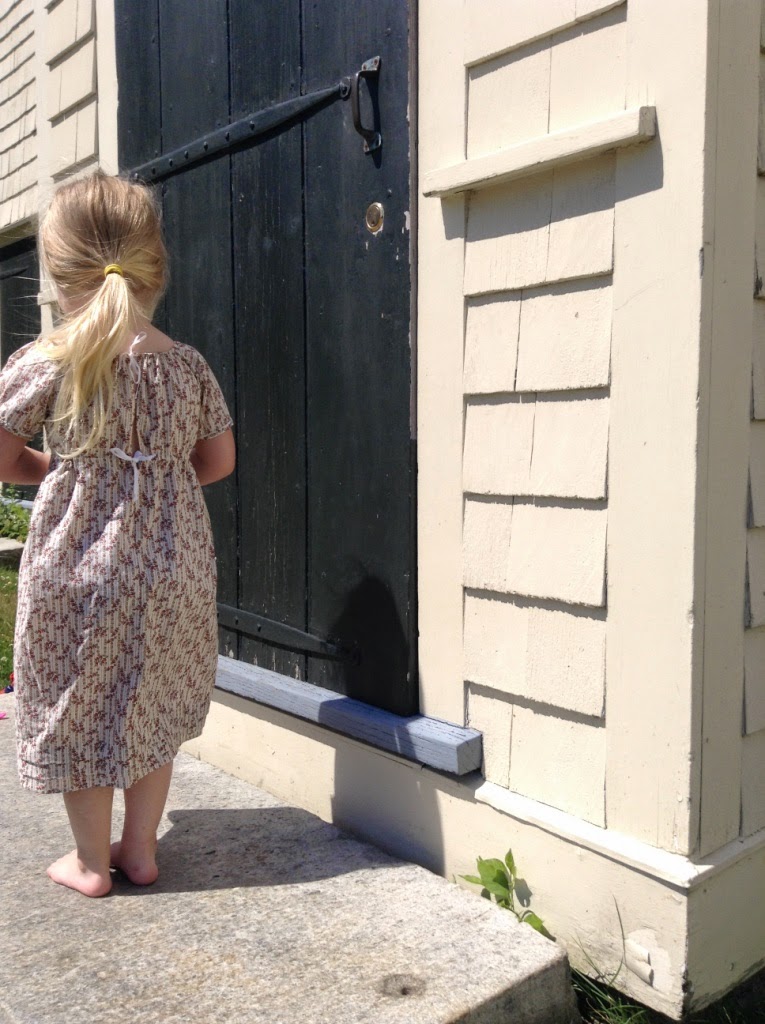 You can kind of see the drawstrings at the back of the gown. 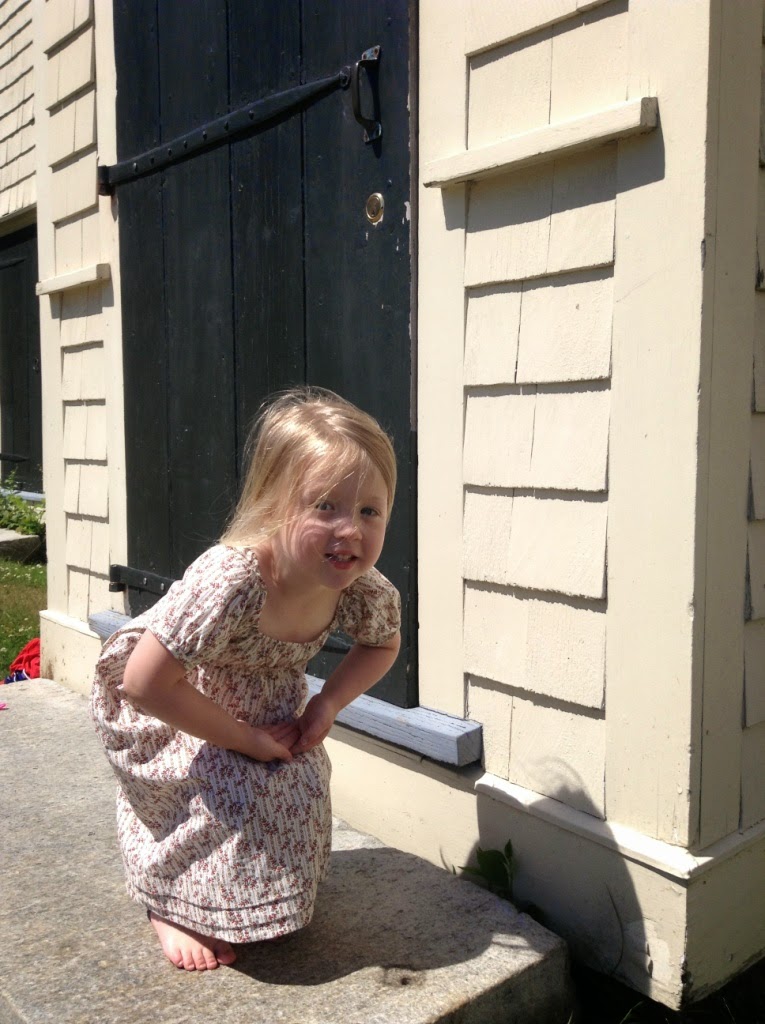 Showing off her colonial courtesy. 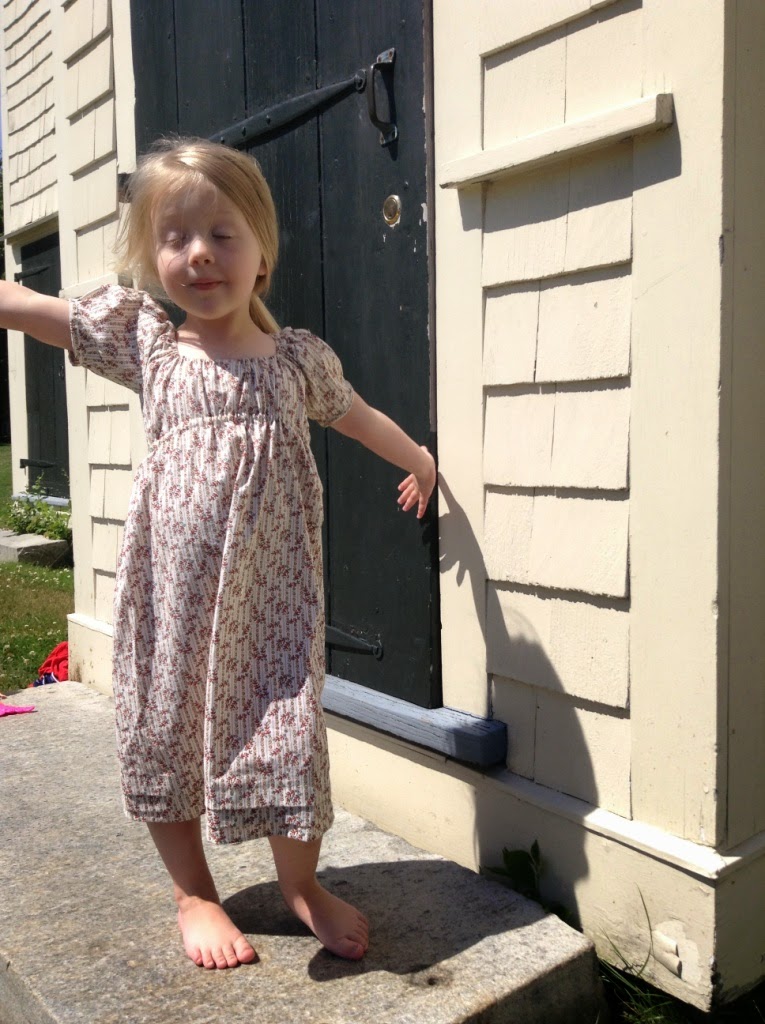 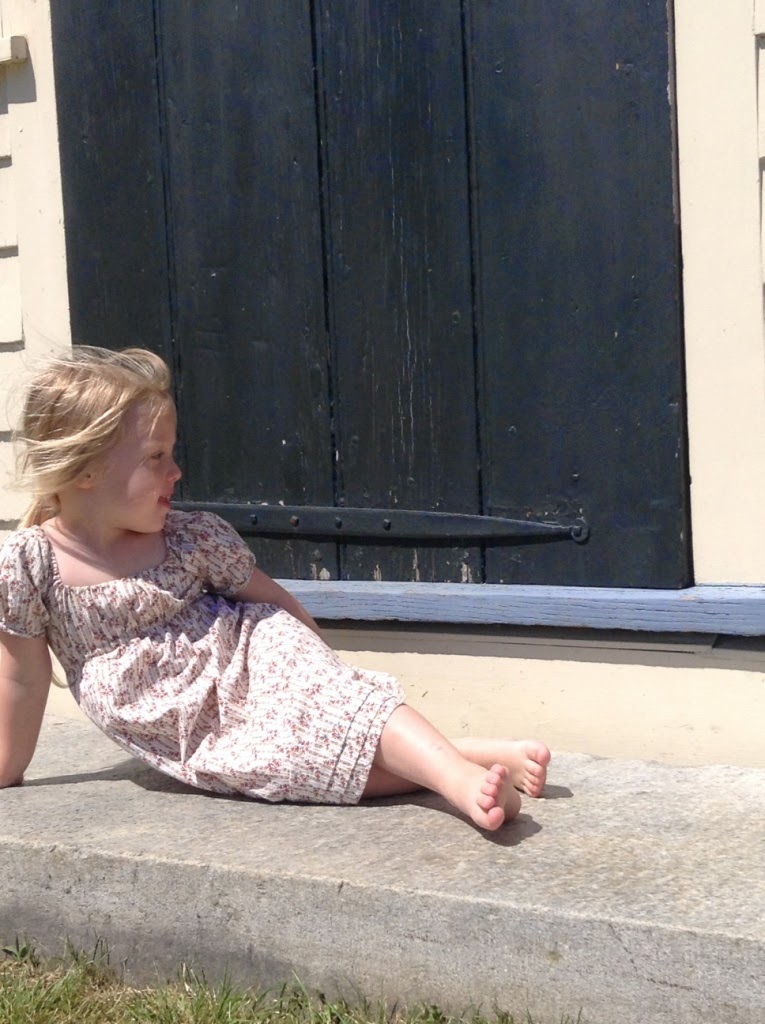 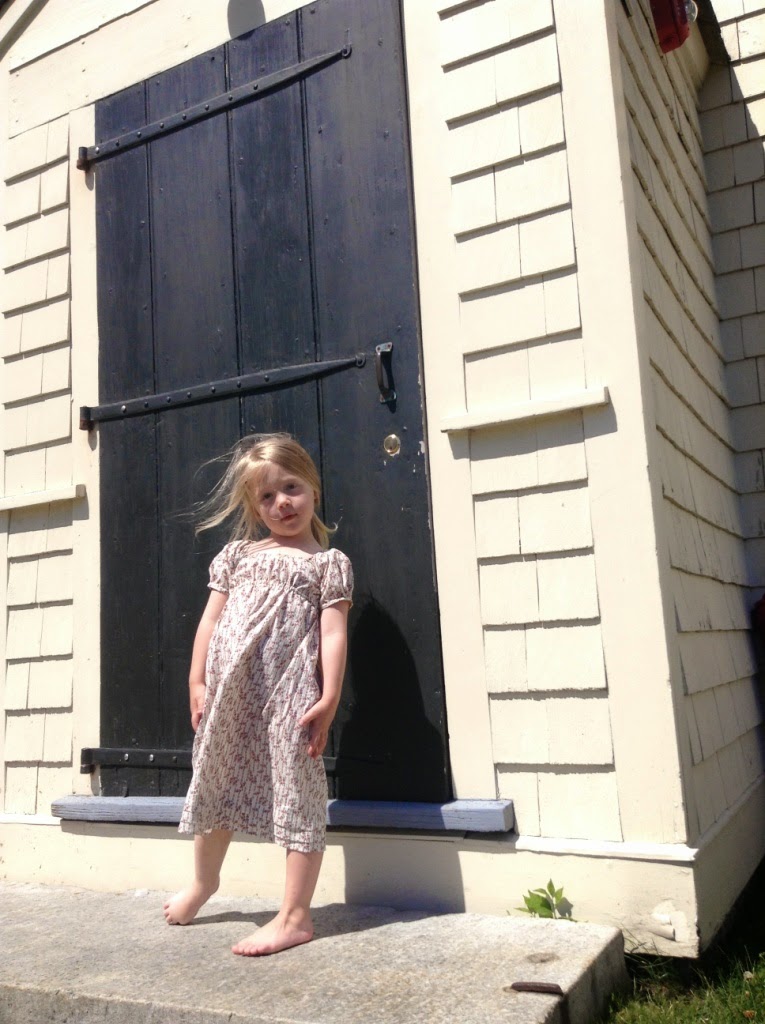 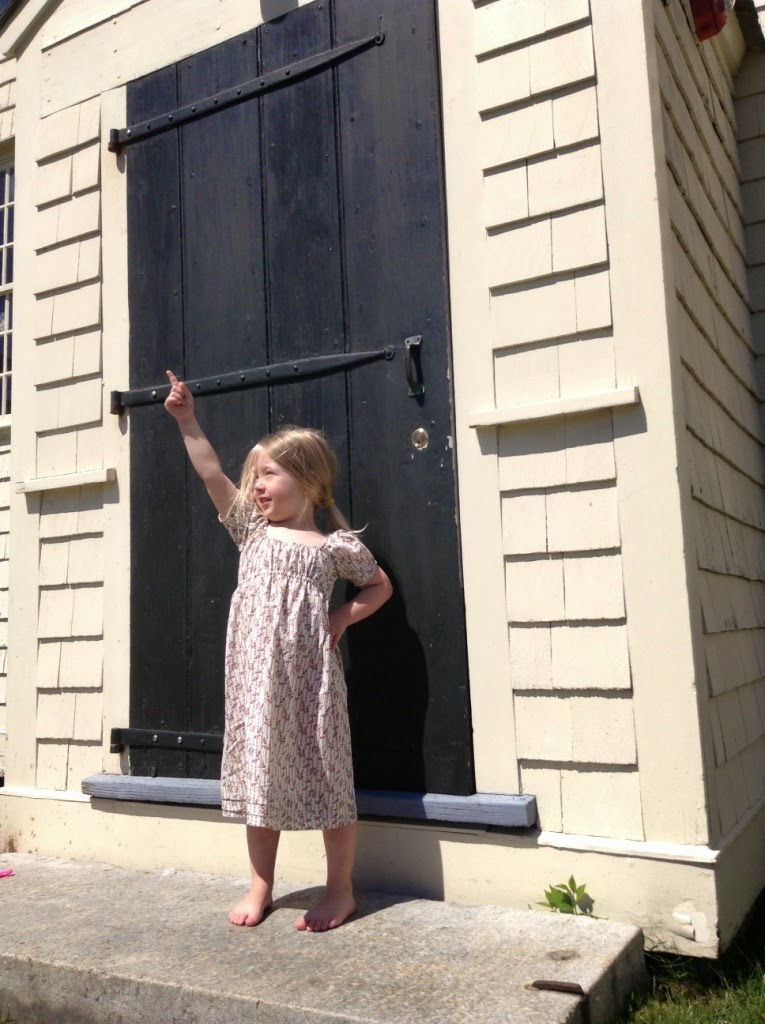 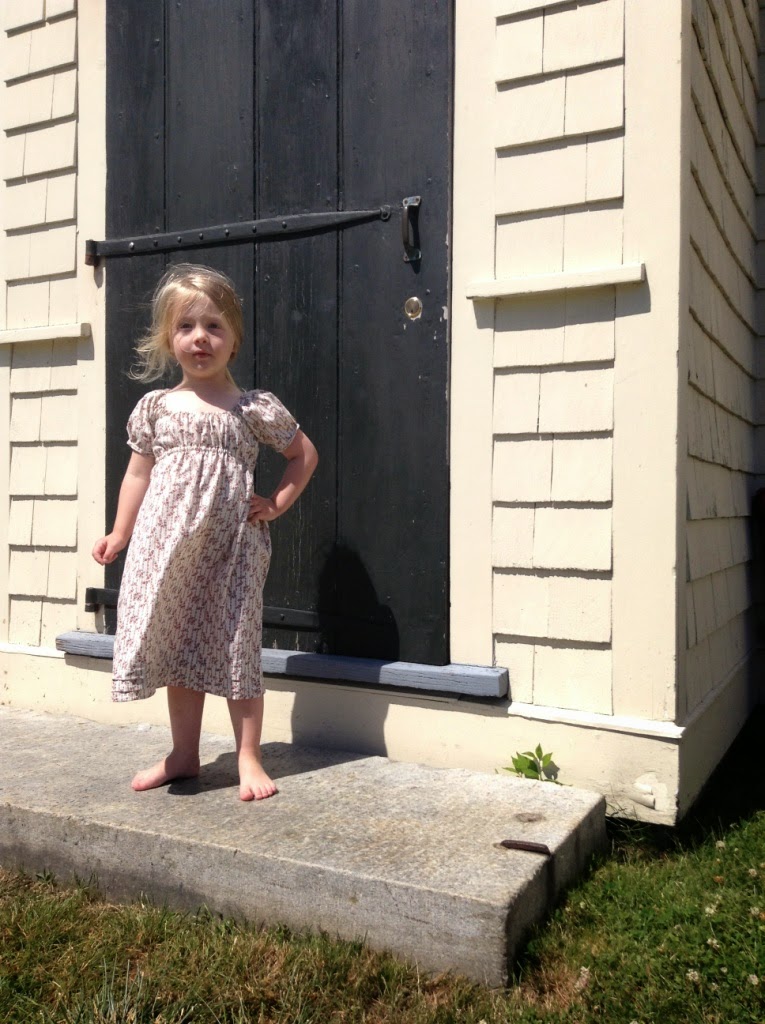 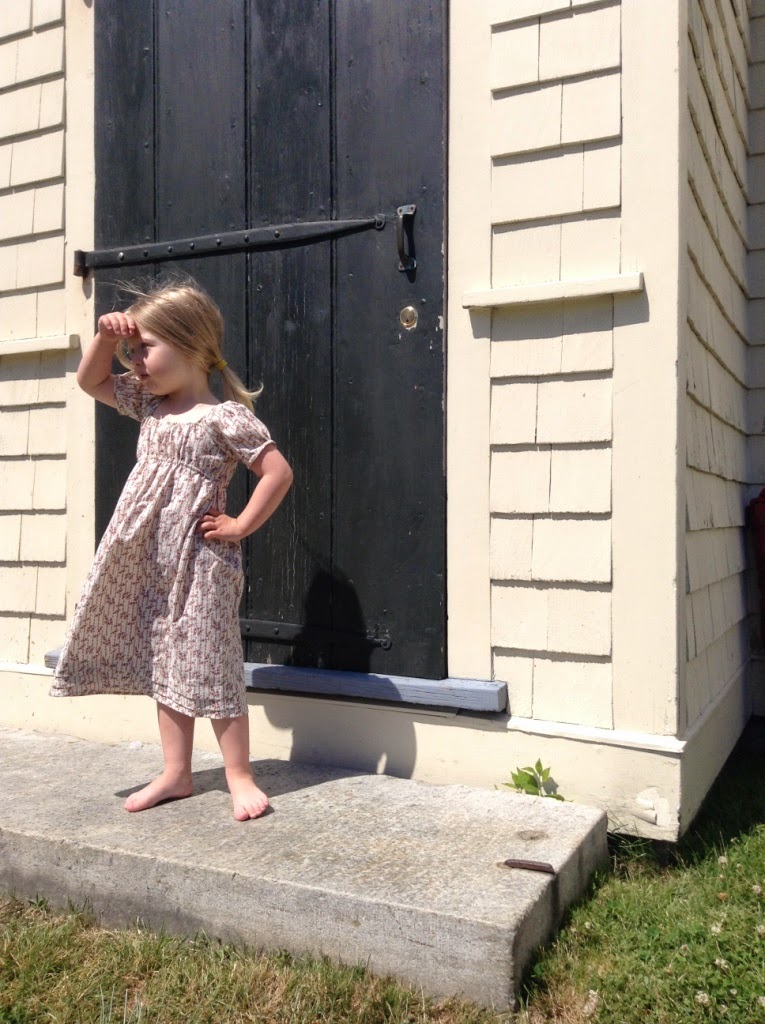 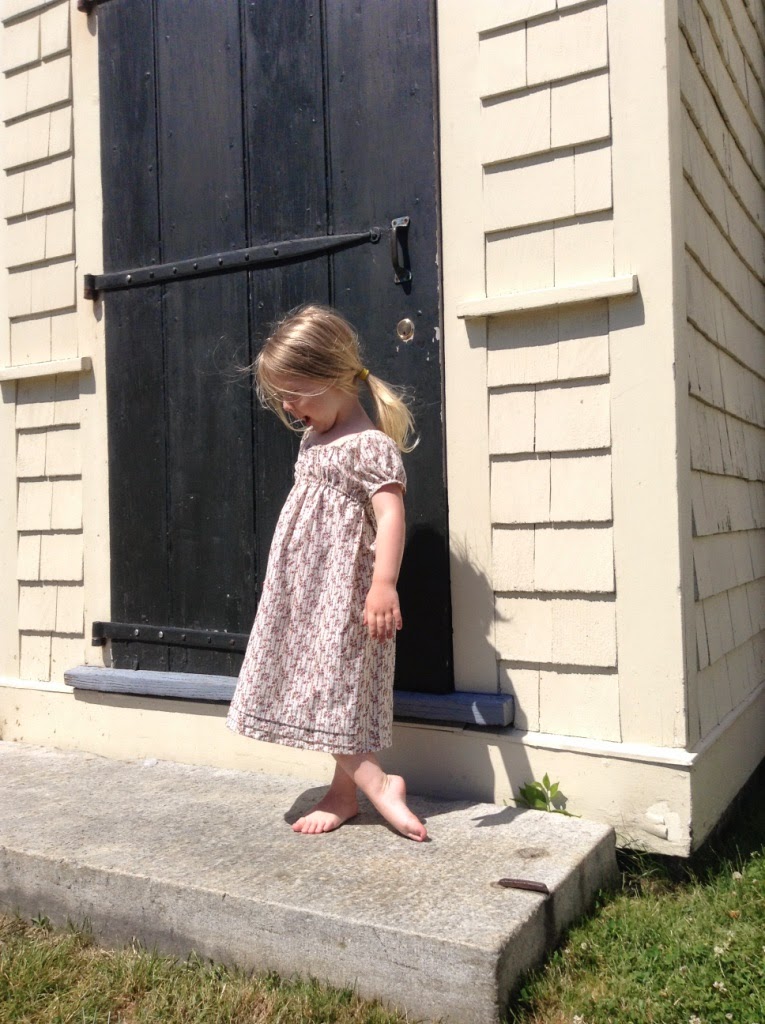 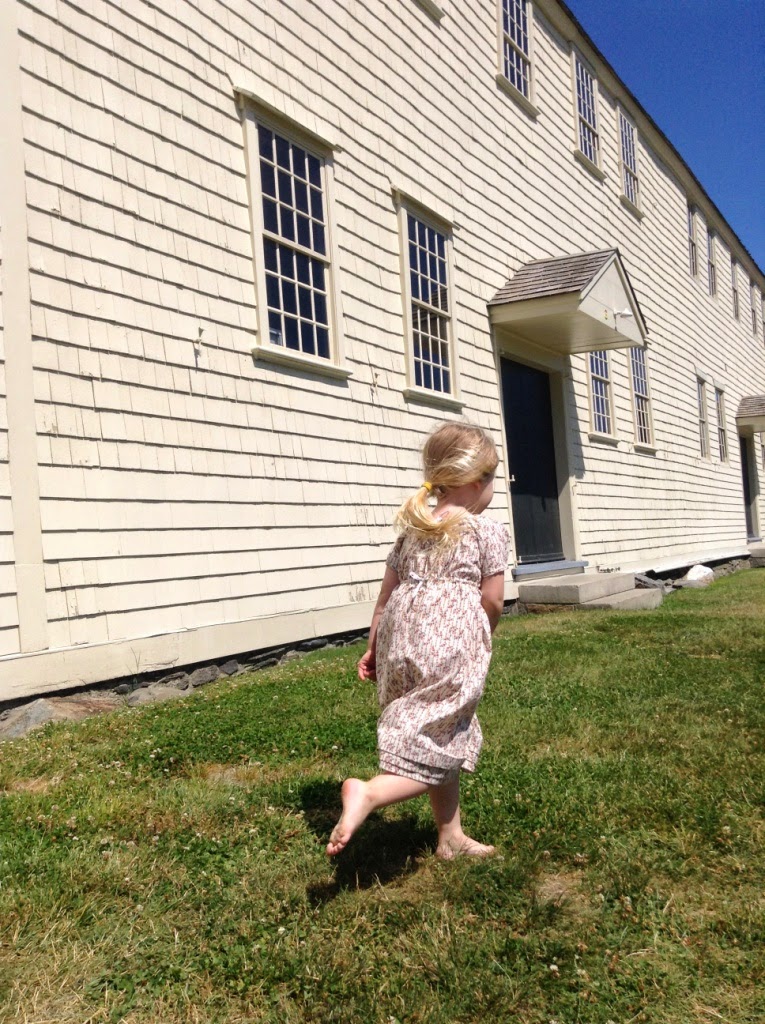 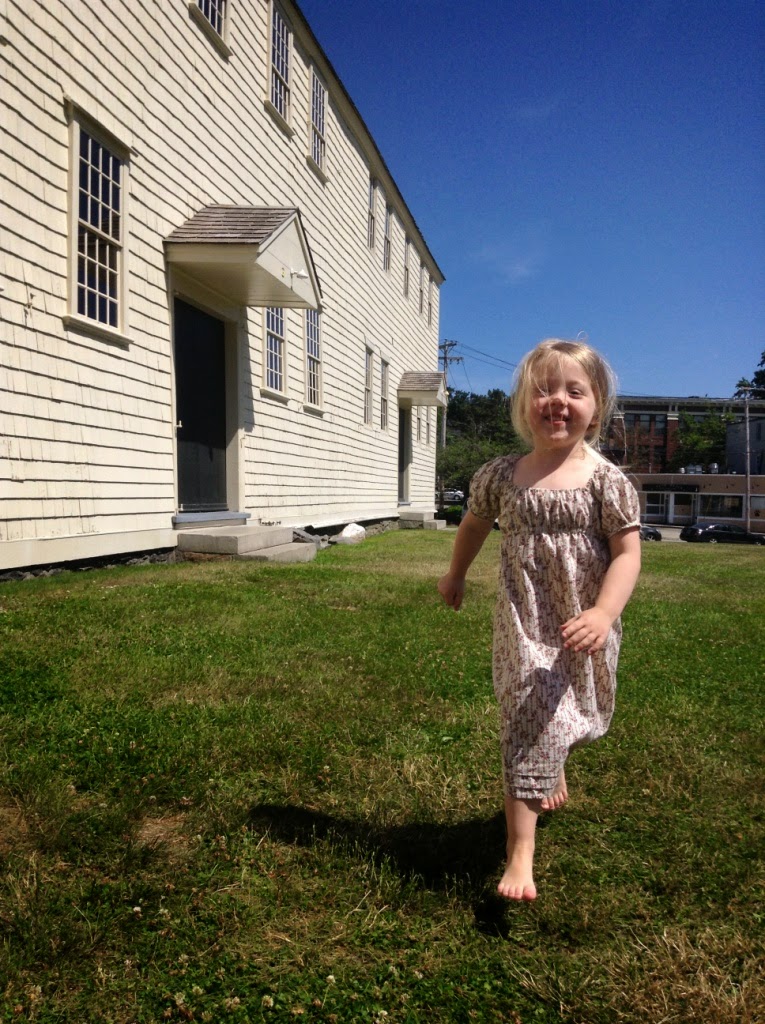 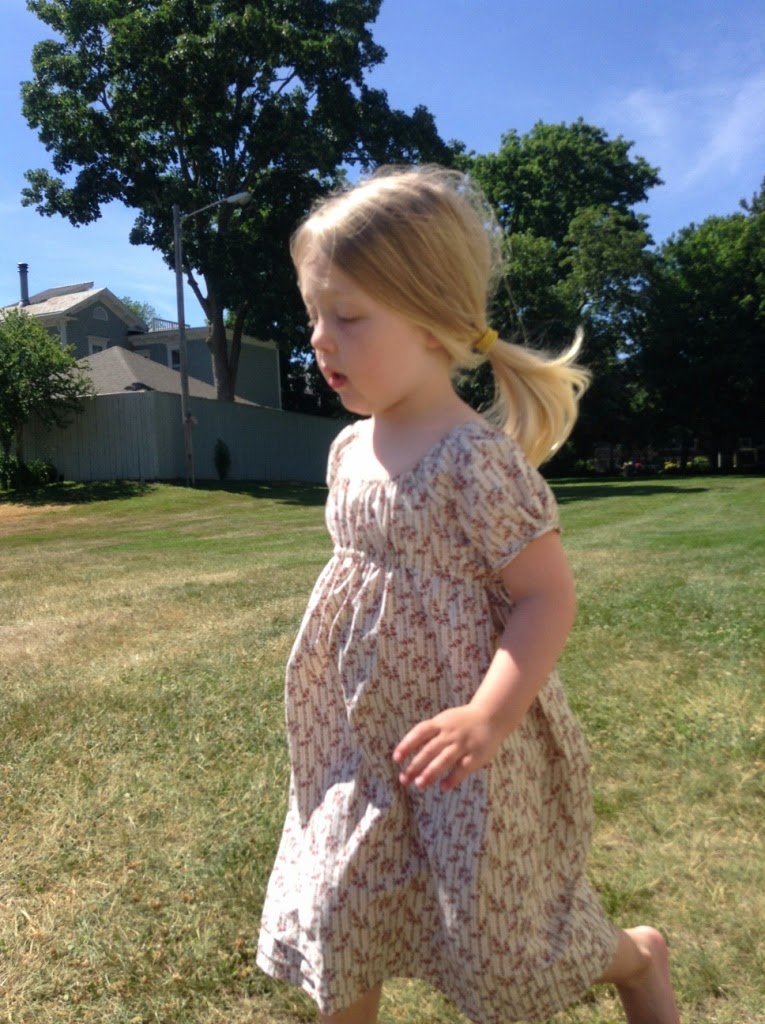 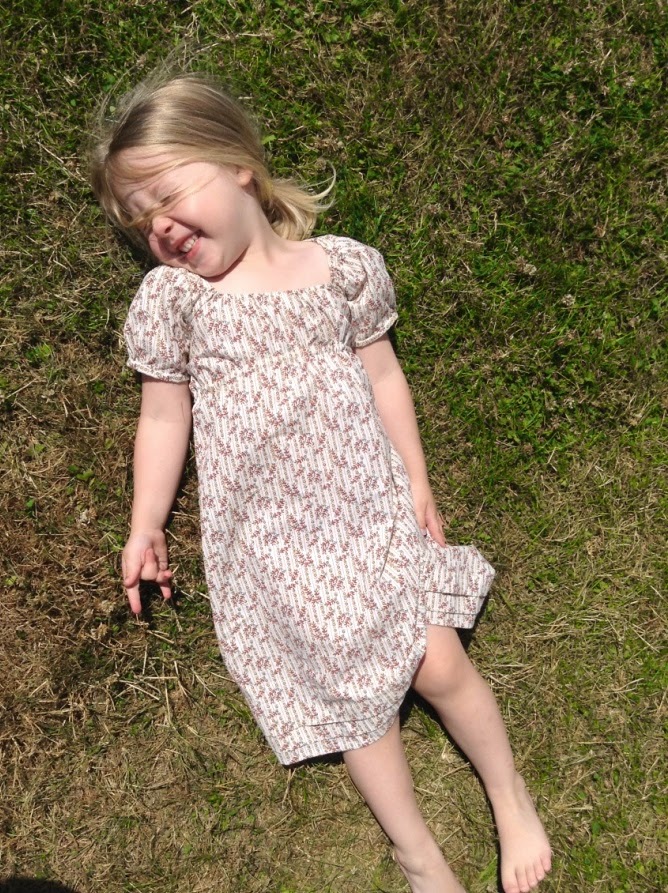 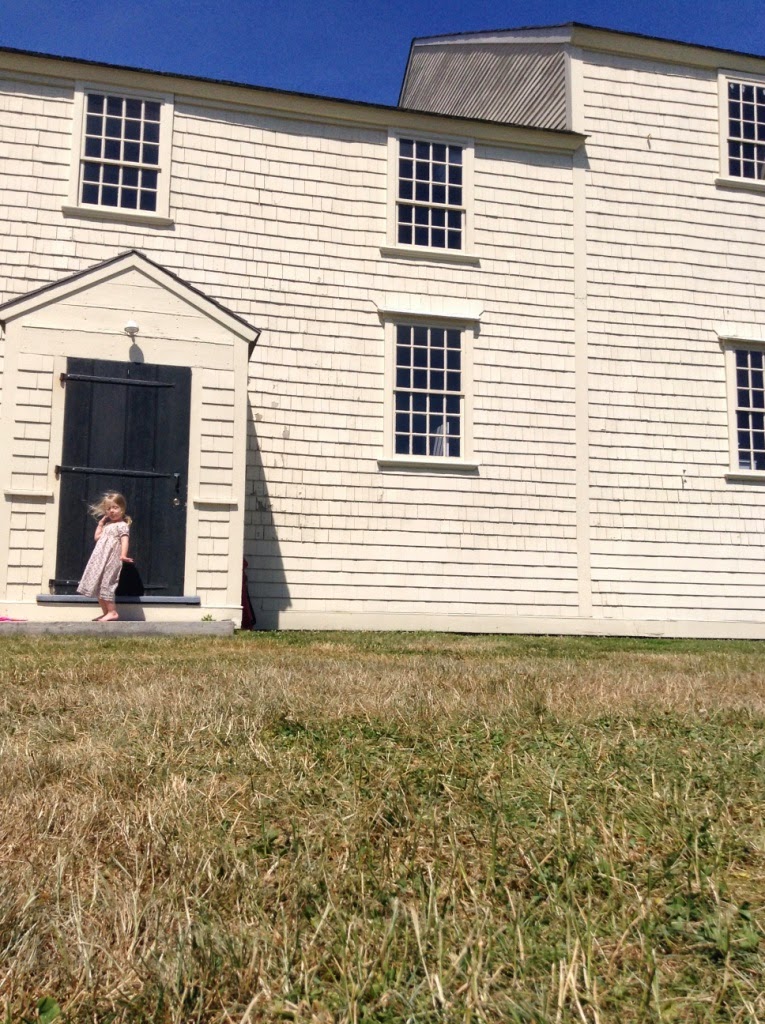 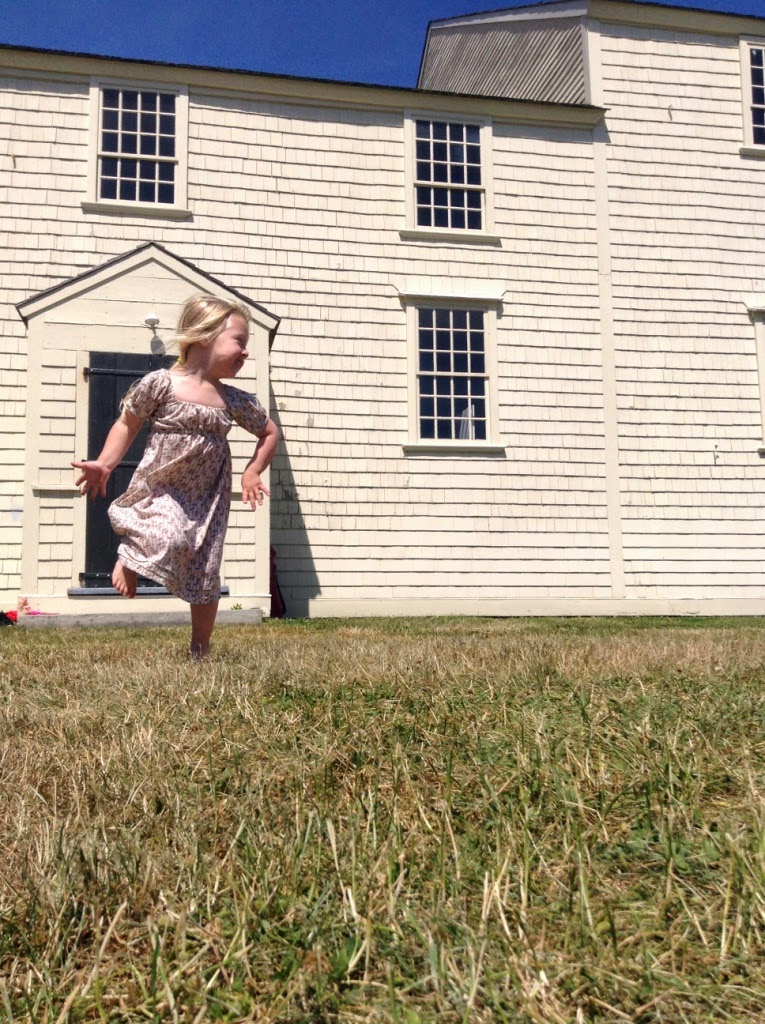 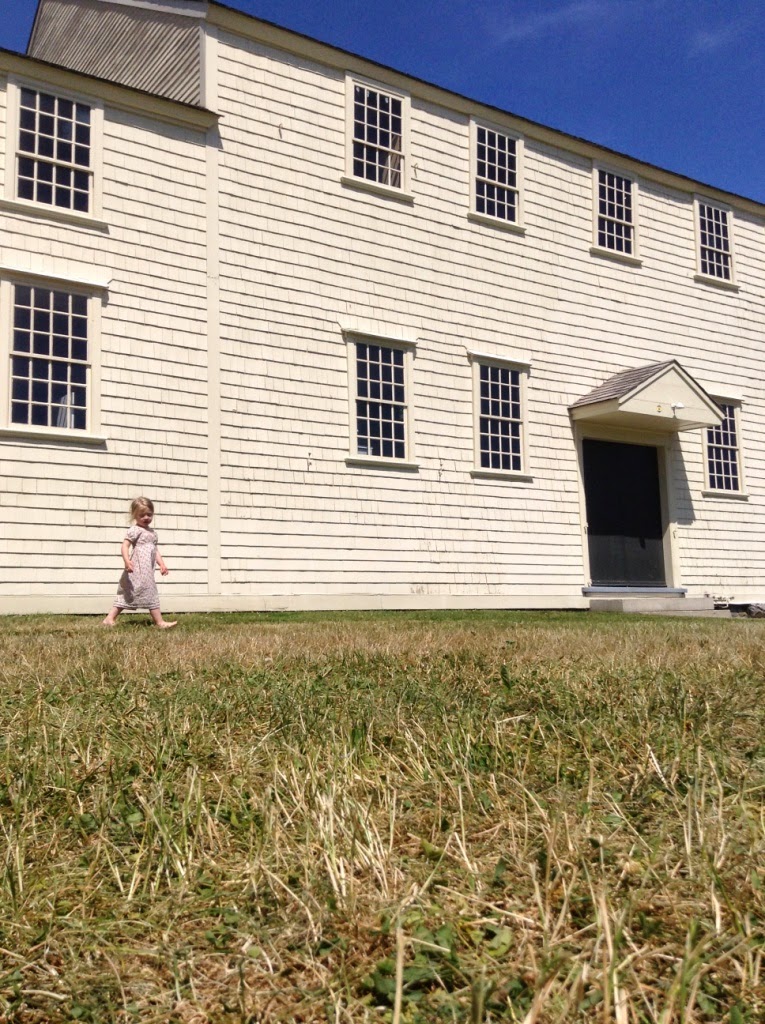 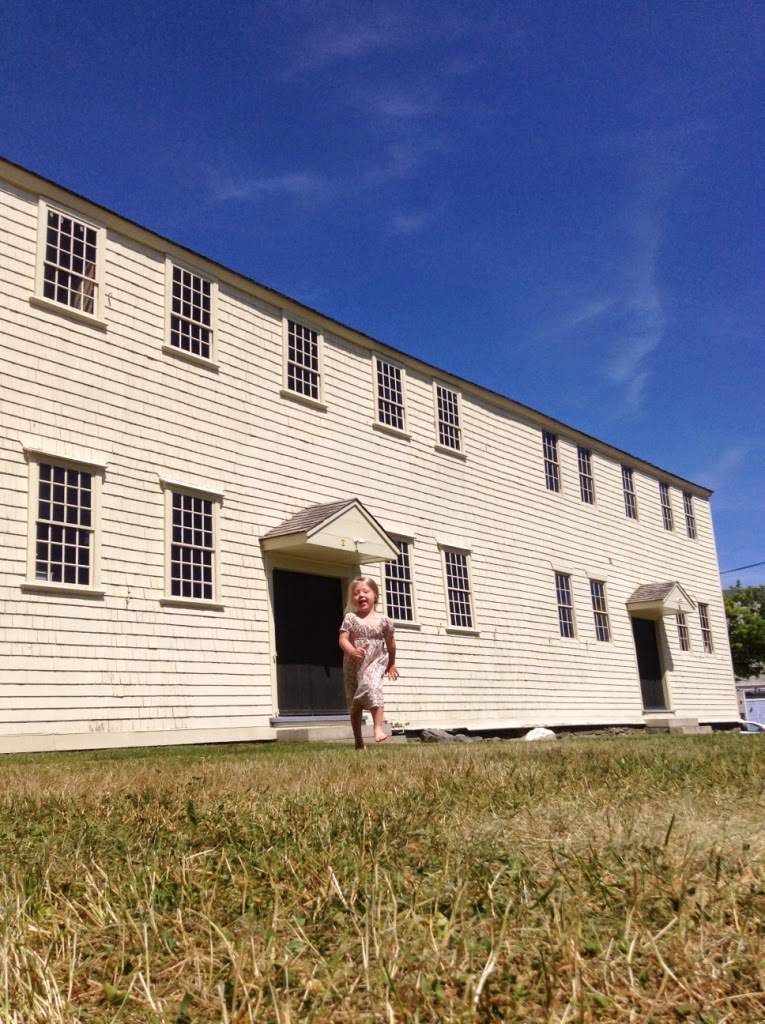 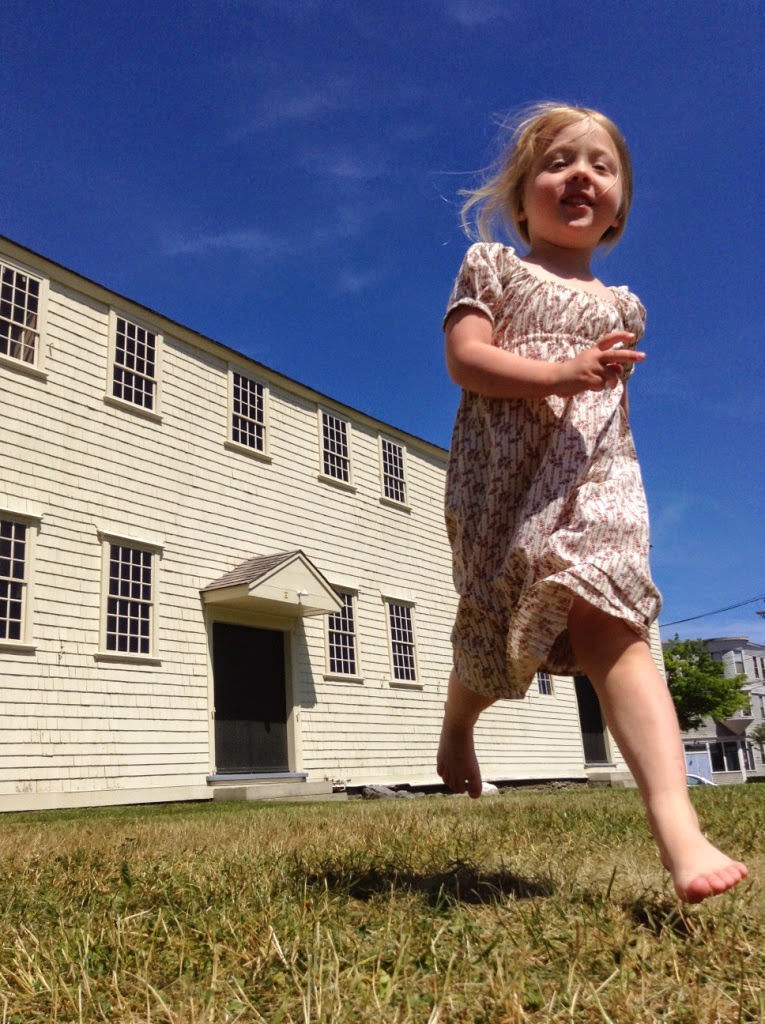 My favorite photo from the day. 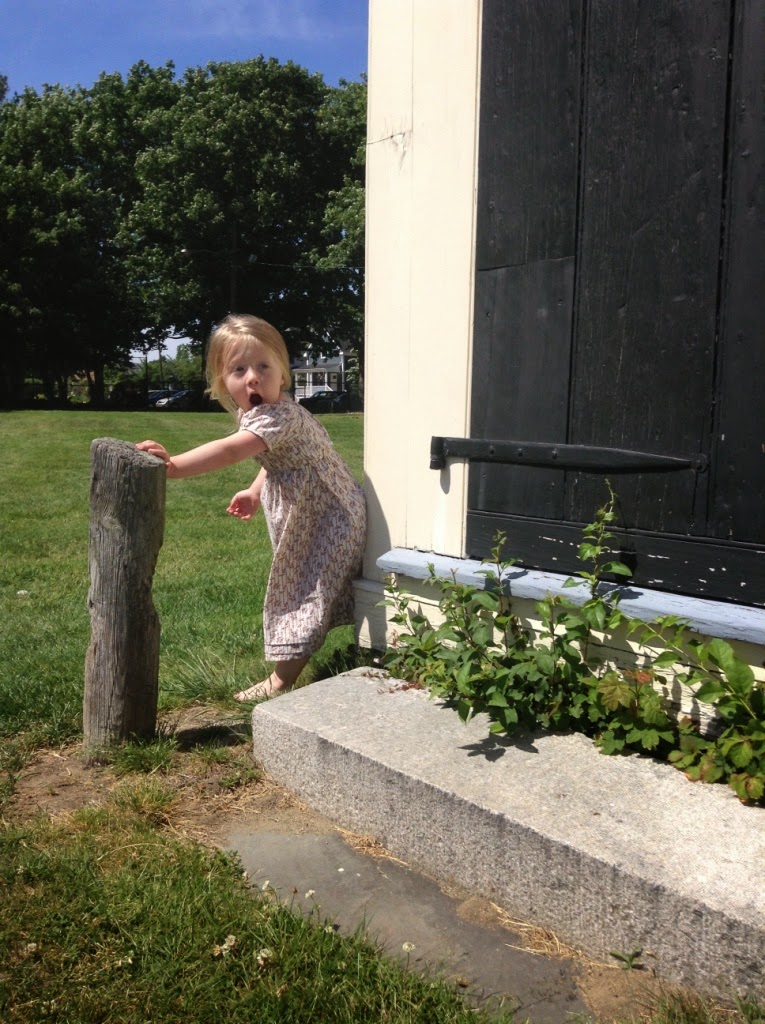 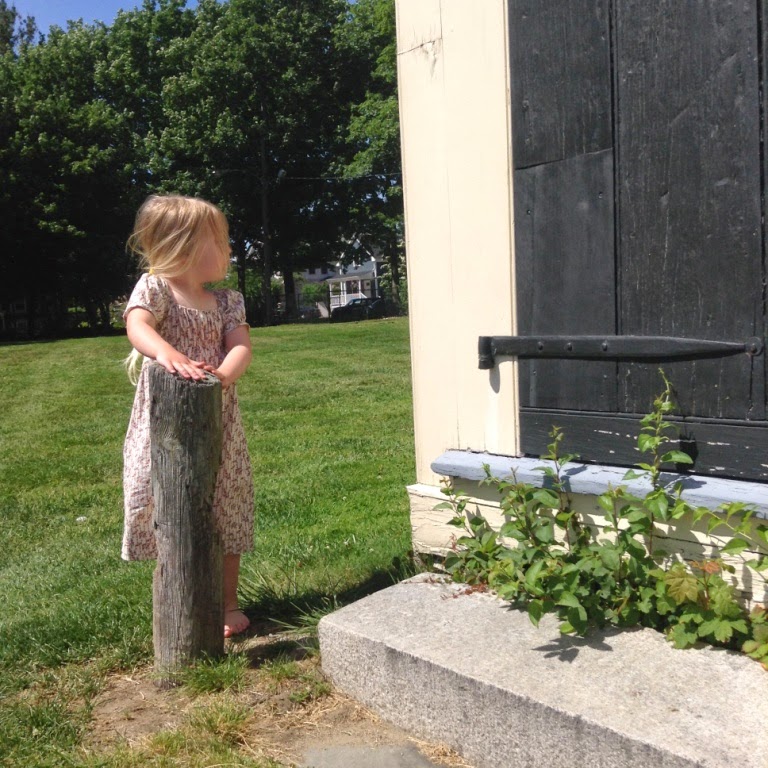 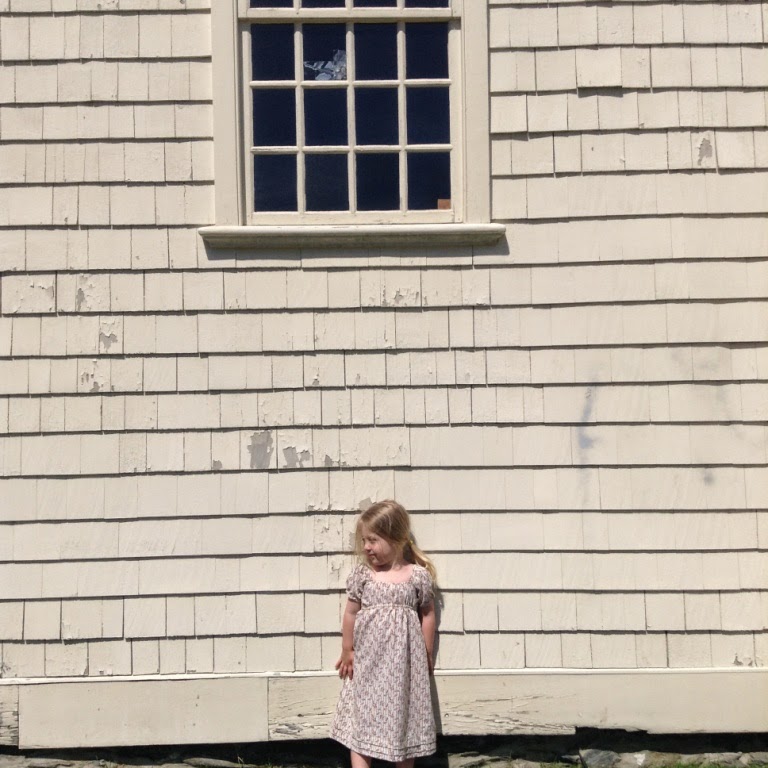