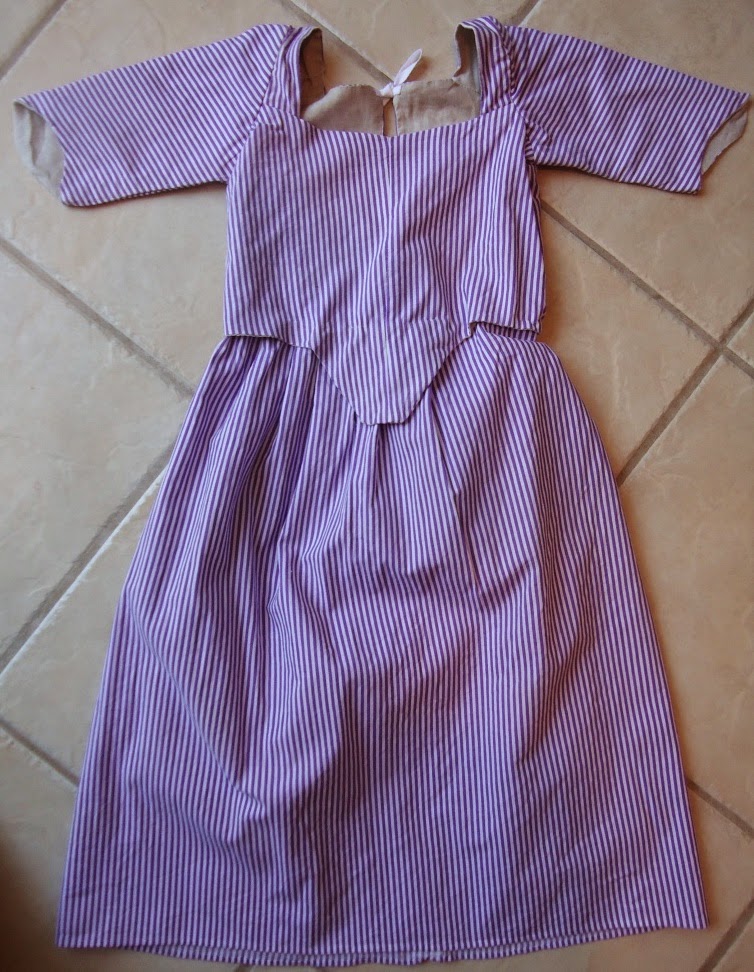 Following up on the leading strings post, here are notes and construction photos of the "Sofia the First" girl's gown made from the Larkin and Smith gown pattern last fall. 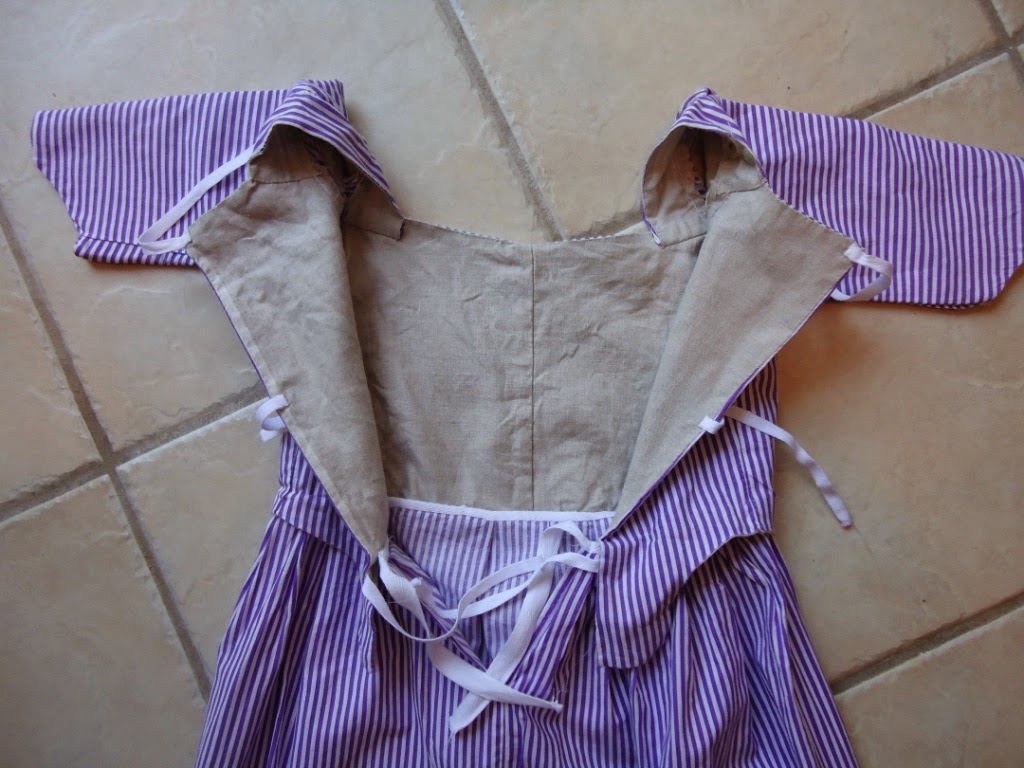 The construction is pretty much the same as the leading strings gown. As you can see above, the inside bodice is lined with beige linen. 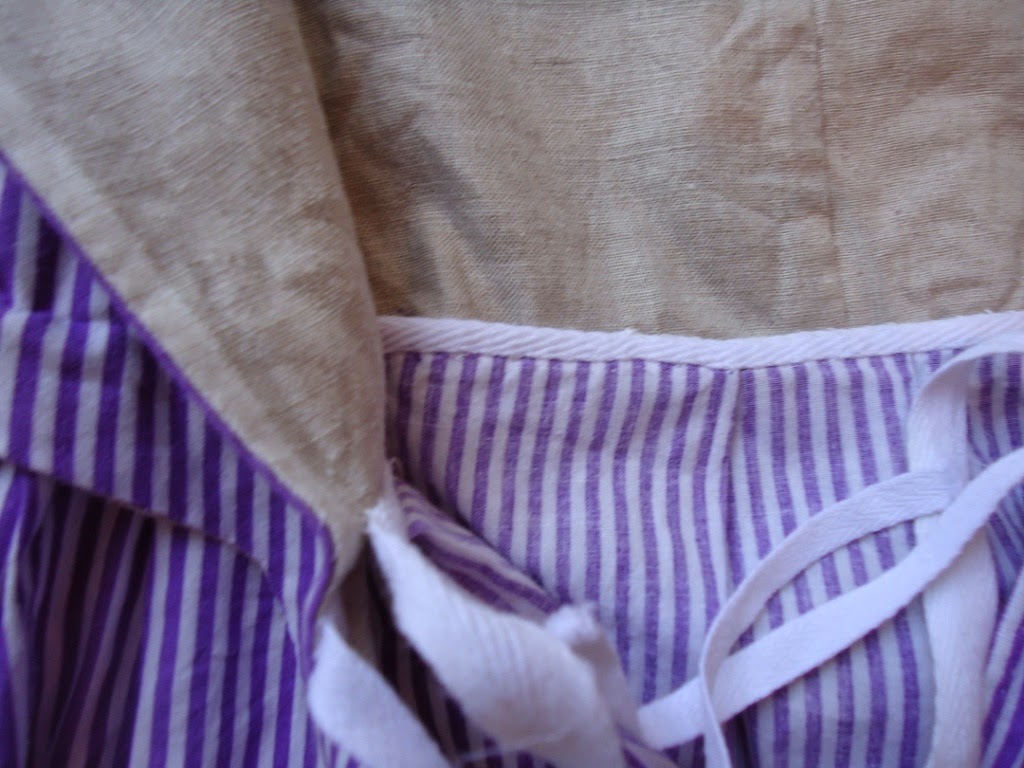 The bodice and petticoat are attached and there are tape ties finishing the petticoat. 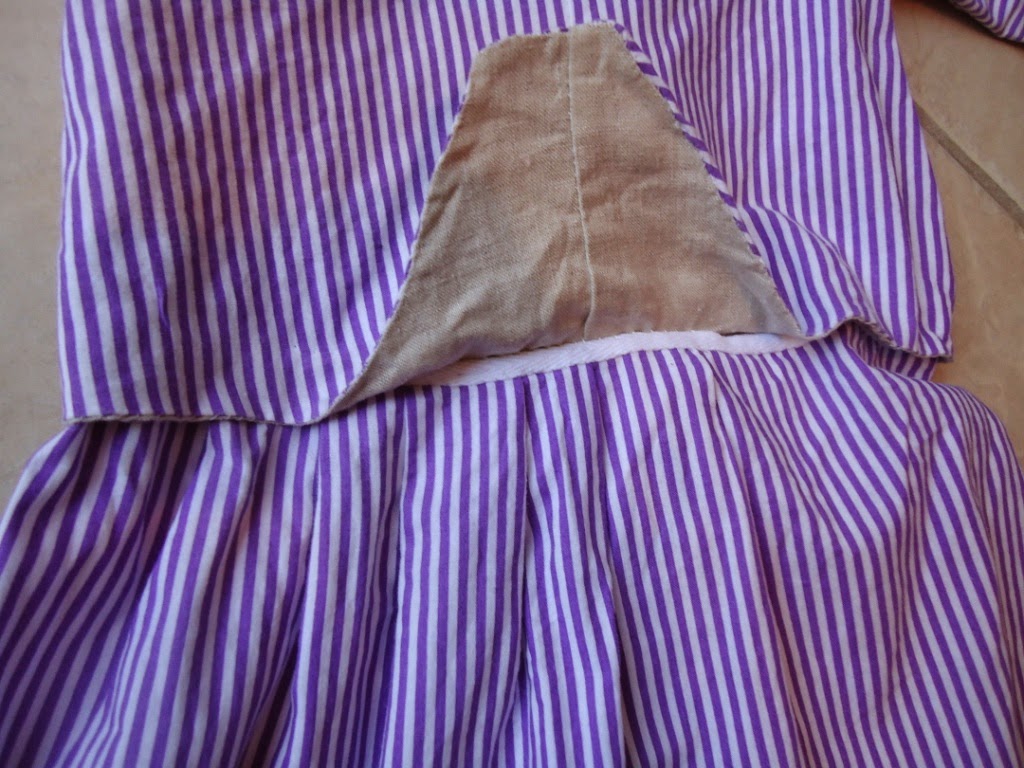 A peek at the center front, which shows the cotton tape at the top of the petticoat. 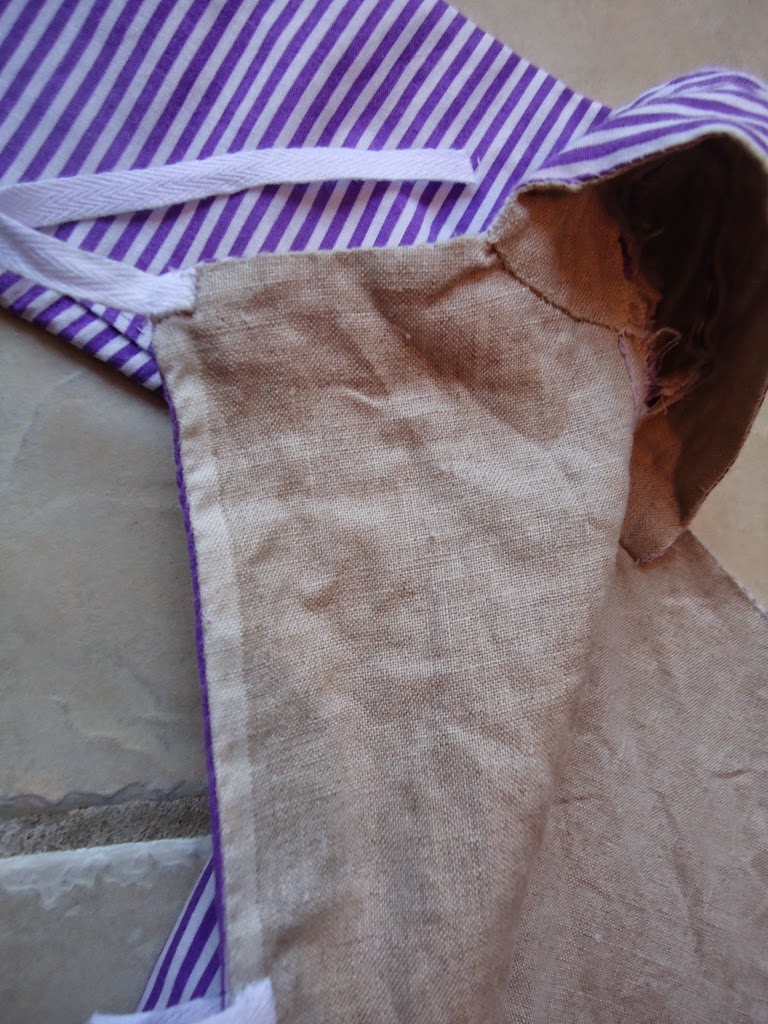 Since I wanted this to be more of a 1780s gown, the back closes with tape ties, instead of lacing closed with eyelets, much like... 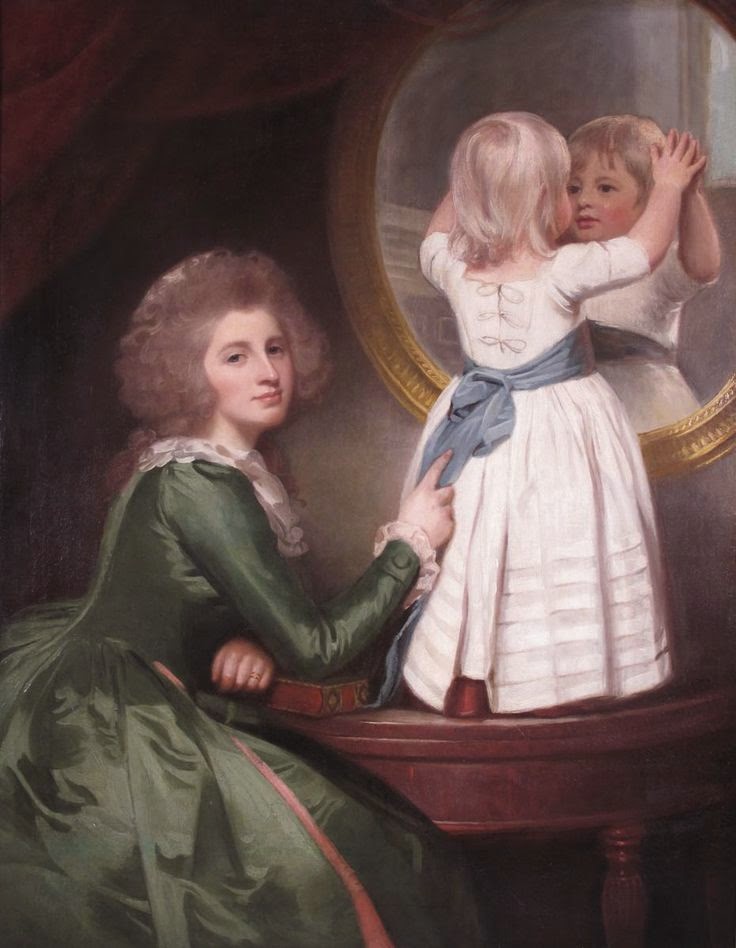 ...the gown in this c.1785 portrait of Anne Barbara Russell with her son Sit Henry Russell, by George Romney. And like little Henry's gown... 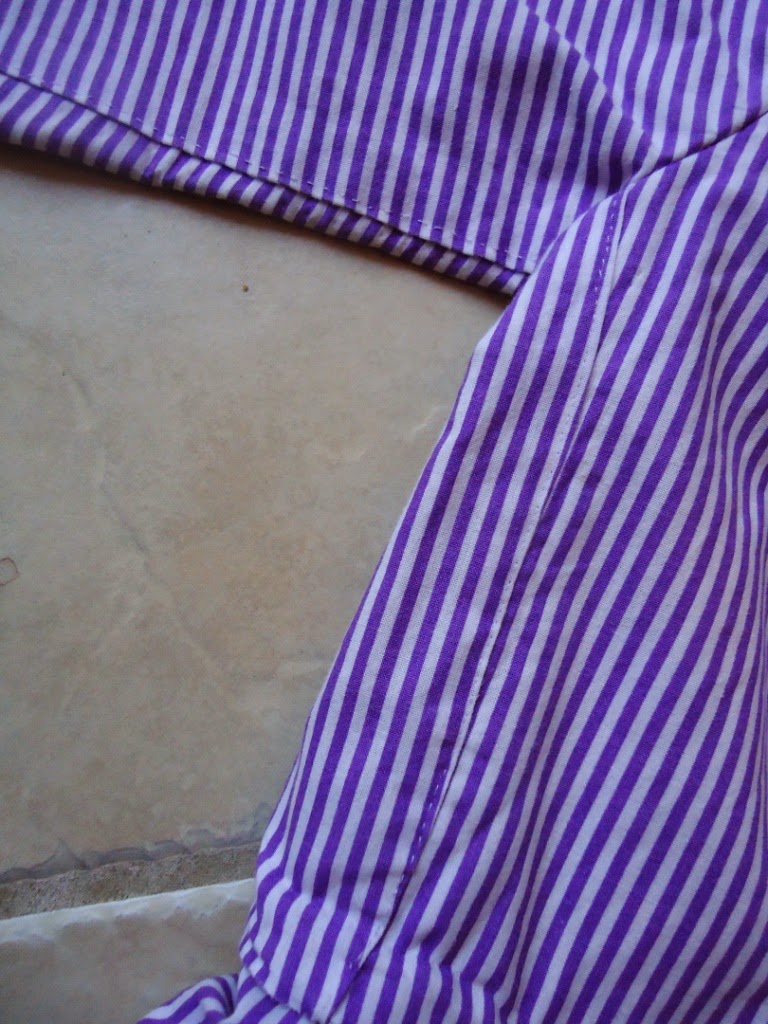 I sewed this one on the road, and didn't use a machine, so I lapped the bodice and sleeve seams.

The pattern calls for 2.5-3 yards of fashion fabric. When I made the leading strings gown, I used less than 2 yards. In this version, I made two skirt panels instead of four which results in a skirt circumference that's 40 inches instead of 80 inches. You can kind of tell here that this petticoat is less full...but it saved a bunch of sewing time and the entire gown only required just over one yard of fabric. When you look closely at the seam at the center front of the bodice, the stripes aren't exactly lined-up... 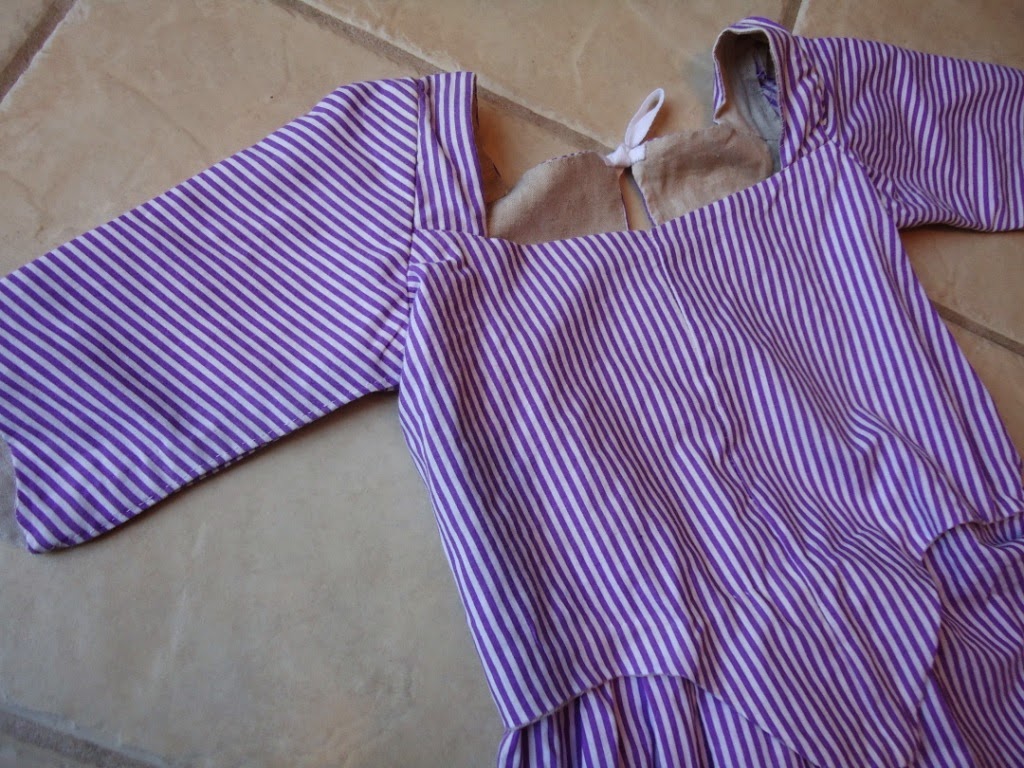 ...but from a distance I don't think it's terribly noticeable.

After using this pattern twice, here are some FYI points if you're considering making it. (As I had written previously, my comments are in no way intended as a criticism. I've included them here to help others who are making gowns for little ones.)

As a whole, I definitely recommend the Larkin and Smith girls gown pattern. Over the last year as my daughter has reached a point in her development where she better understands "history work" and what I do at work/when volunteering, it's been wonderful to include her. And as she grows I'm certain that the experiences she has had as a result of participating in "history work" will help nurture her cultural interests.