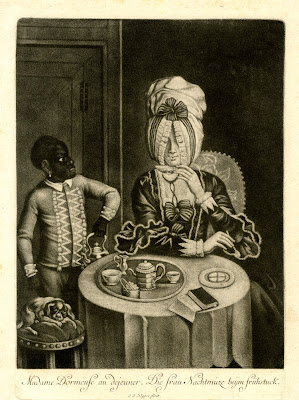 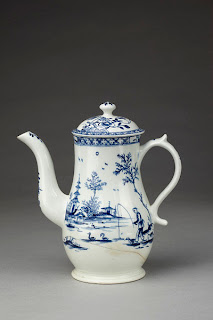 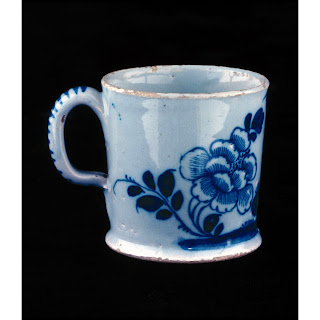 Coffee can, c.1750
Colonial Williamsburg Accession Number 1958-310,1
The label reads, "Coffee cans, or straight-sided cups, were used for both coffee and chocolate. They did not intially require saucers as did similar cups with rounded bases. The later creamware examples listed in late 18th century pattern books indicate, however, that by that time cans and saucers were designed to be used together." Perhaps this could be an example of a coffee can partnered with a saucer... 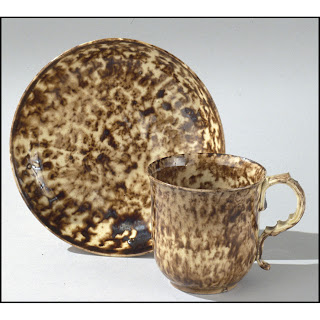 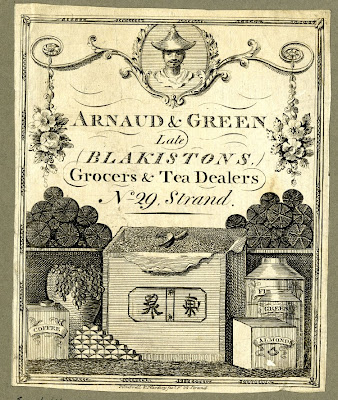 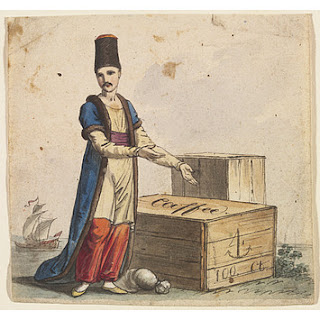 Figure of a merchant and a crate marked coffee, c.1780
V&A Accession Number SD.1307
The description reads, "This watercolour may be a design for an illustration, or some kind of trade card or even a painted sign for advertising. In the minds of early consumers, coffee was inevitable pictorially with its Ottoman origins. This image of the trader may be derived from a costume study of a Smyrna merchant. The crate of coffee has the merchant's mark on the side, as well as the number 100, presumably a hundred weight." 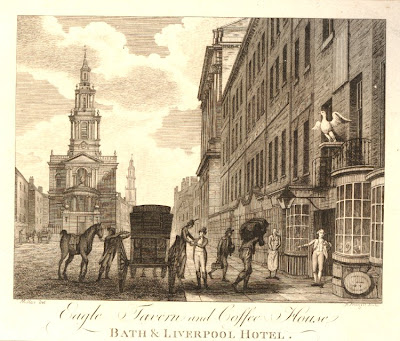 A little closer to home...

Ad in the Newport Mercury December 12, 1763 for the Crown Coffee-House
(Shopping for silk mittens, ribbons of all sorts and flowers for ladies hats while drinking coffee? I so would have been there!) 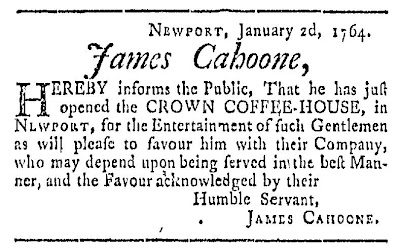 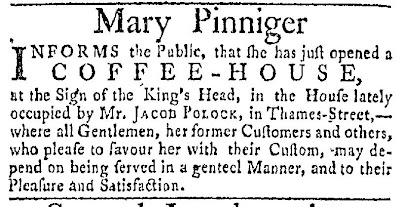