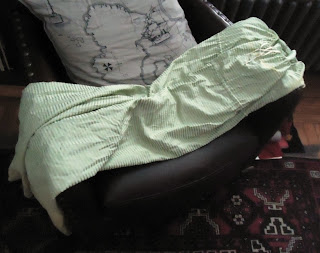 You know that abandoned project that's 2/3 done? The one that has been crinkled in the back corner of your closet for many years?

We all have them. For me, it's an early 19th century gown that I tried to make when I was 7 months pregnant. In 2010 I used the Sense & Sensibility Elegant Lady's Closet pattern to begin this project. It was one of the first gowns I tried to make and, with help, I cut the fabric so it was an XL to accommodate my jumbo bump.

The gown was way too big, one sleeve was funky and the deadline was right around the corner so I gave up. But this weekend I had the opportunity to attend the Pride & Prejudice Ball by the Commonwealth Vintage Dancers in Salem, MA so I had to fix and finish it. Fortunately I had expert help so it was doable. The only problem: we had one afternoon to make it wearable. 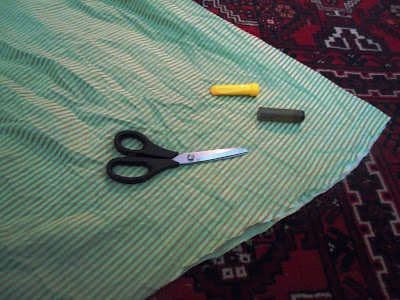 The hem wasn't done, but that wasn't an issue. So the first order of real work was correcting the high neckline... 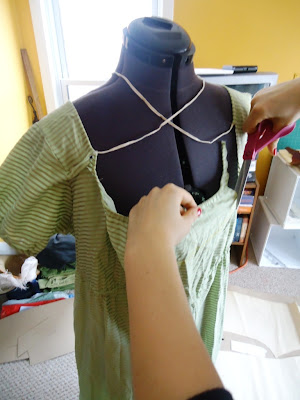 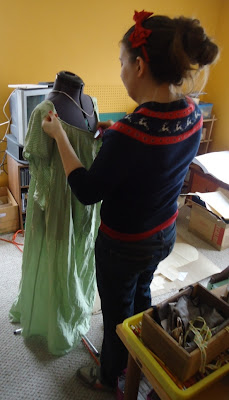 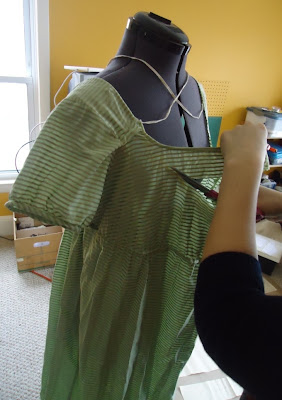 ...and readjusting the should strap which was kind of giant. The gown needed some adjusting on the sides, and we cut out the inside fold over flappy thing that the pattern had initially called for. 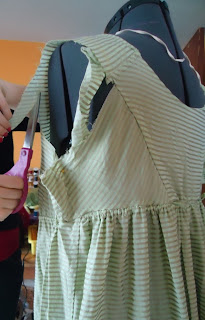 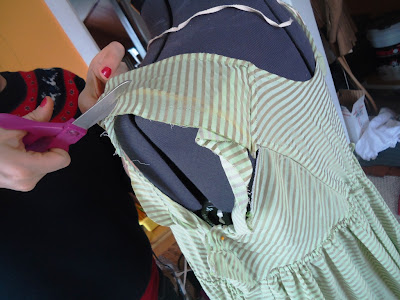 By 5pm, those issues were finished but the funky sleeve needed to be set. 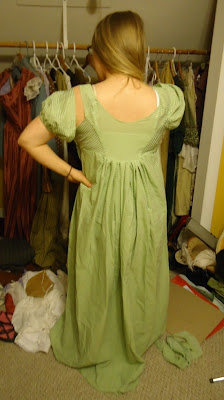 My eternal sleeve battle haunted me as I had made two right sleeves when I initially made this gown. Duh!!! Since time was running out, we fudged it by adding a few tucks so one side wasn't poofier than the other. 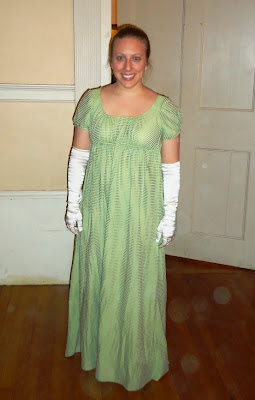 It's not perfect, (I definitely need some curls and bling) but it's my first 19th century gown... 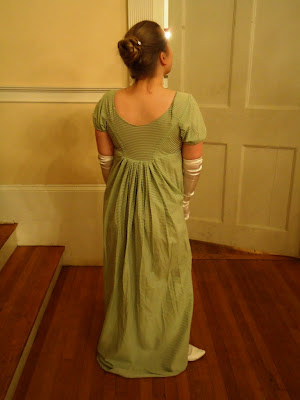 
Here are some photos of our fun night! 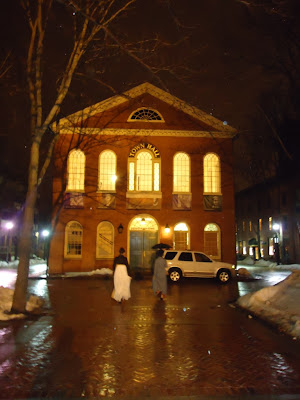 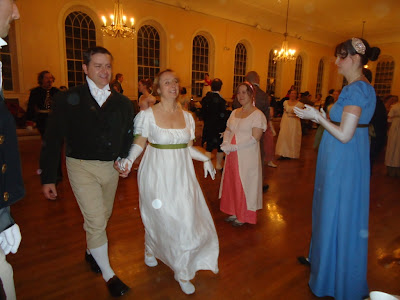 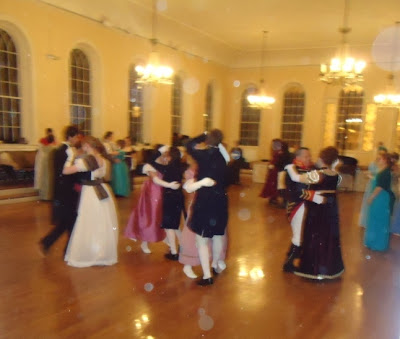 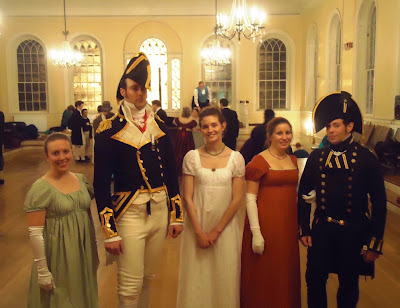