I always had a tendency to think that gowns that laced up the front fell into the "bodice / mob cap" category. While great for a pirate costume, it seemed as if this approach wasn't technically accurate.

But there are plenty of primary sources that prove me wrong. Let's look at a few... 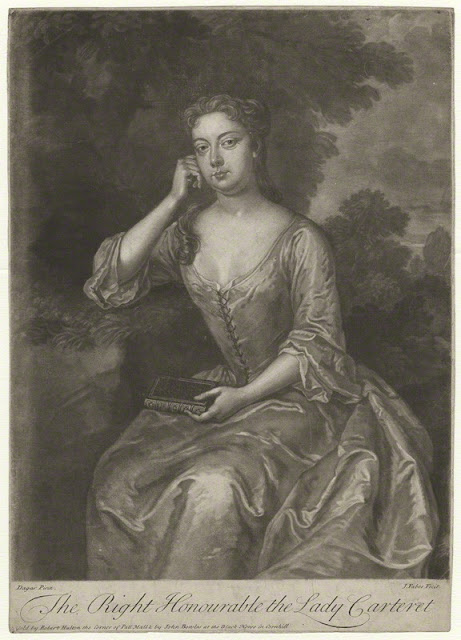 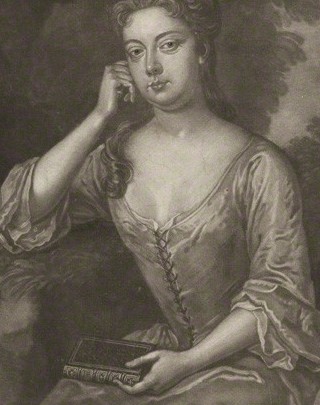 It's interesting how her gown laces closed. The crossing pattern suggests that she used two ribbons or strings. I wonder if she started lacing them at the bottom and tucked the excess into her stays? 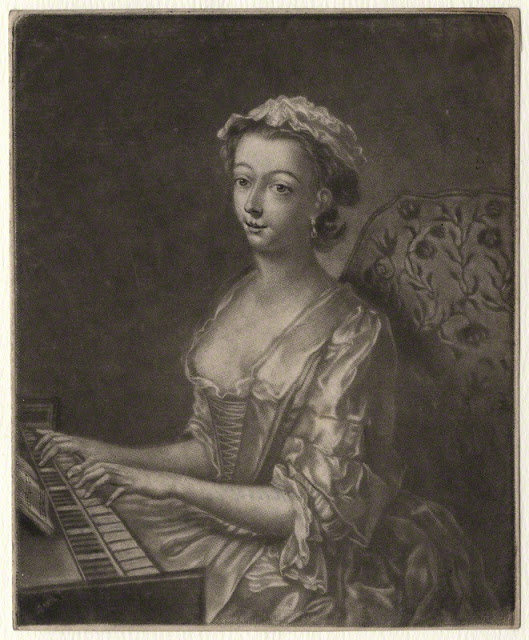 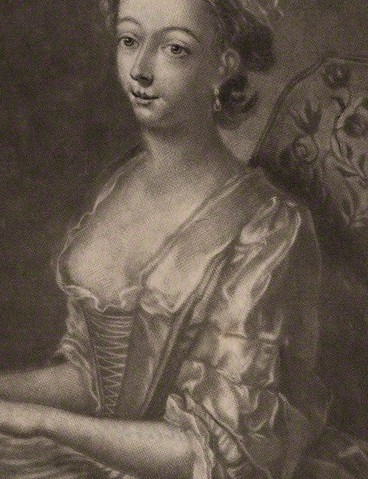 Looking at this closer, she might be wearing an open front gown without a stomacher thus exposing her front lacing stays. It's unfortunately hard to tell. 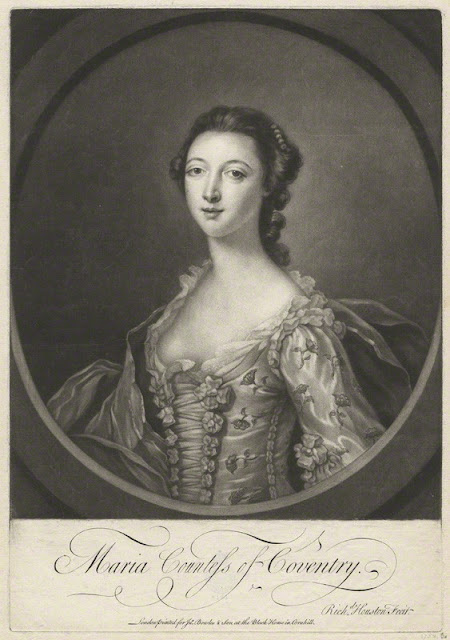 With twelve bows lining her front lacing gown, it looks like she's using one ribbon to close this gown. However I have to wonder if this might be a variation on a fantasy gown. 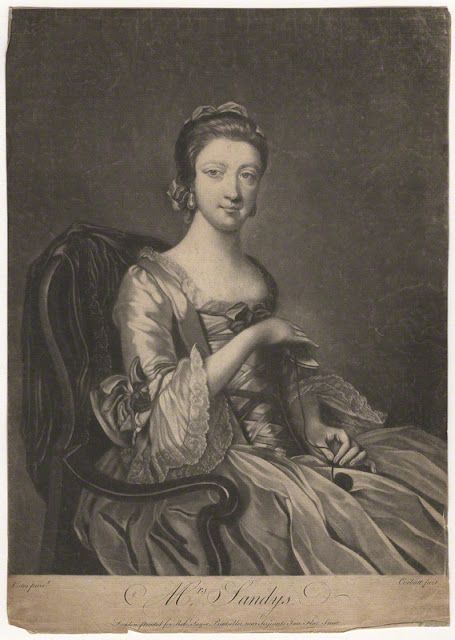 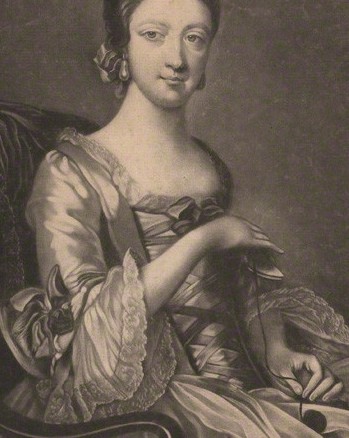 Miss Sandby uses two ribbons when lacking her gown closed. Given the bow at the top of her stomacher, she probably laced them from the stomach working upwards.

These examples are all from mid-century prints. Are there any extant gowns that use this technique? I know of two or three. 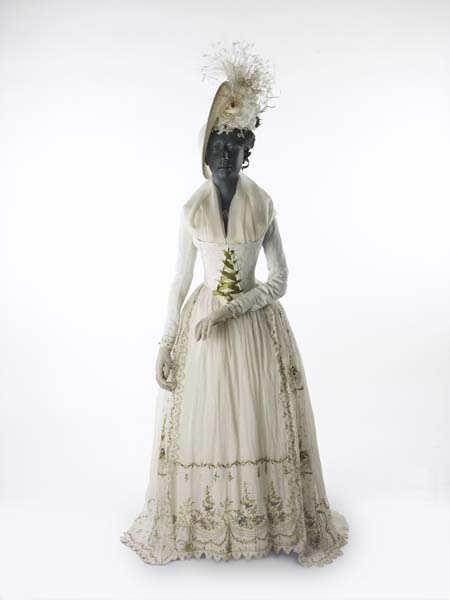 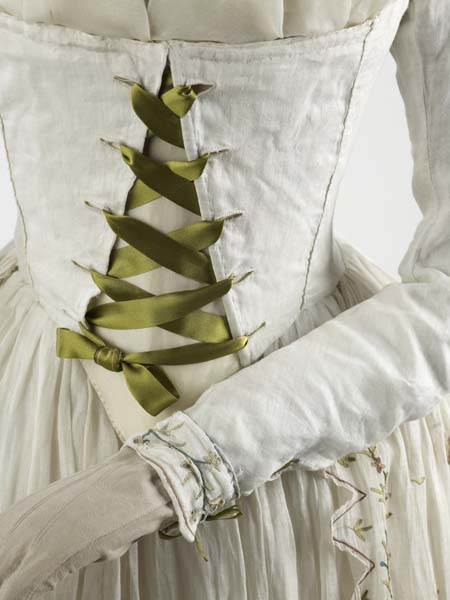 This gown is exhibited with one ribbon. (I wish we knew the curator's inspiration for this technique.) I also find the cutaway shape of the bodice interesting, it reminds me of a "polonaise" gown. 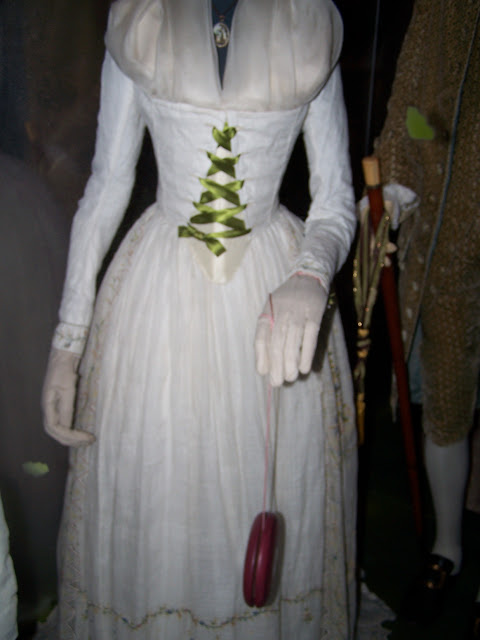 I took this image when I saw the gown exhibited in 2010. I don't think I violated any photography rights but if someone knows otherwise, please let me know.

Newport Historical, c.1775
Accession Number 99.3.87
This is a closed front gown that laces closed, instead of pins, and has robings. Crazy, right?!


I know there must be other examples from prints, paintings or extant garments out there. (For example the gown featured on p.22 of Janet Arnold's Patterns of Fashion, from the Laing Art Gallery and Museum, is front lacing though I can't find it in the NT database.) Though the prints I've found are mid century, I think there's enough evidence to support that the style was used throughout most of the 18th century--and I'm going to try this on my next gown. Do you know of any other examples?

April 2, 2013 Update: Many thanks to Cassidy for her insightful email! She offered that Lady Cartwright and the Countess of Coventry are probably wearing "costumes", that the gowns worn by Miss Wilkinson and Miss Sandby could have a stomacher that appears as if it's front lacing and lastly that the Museum of London gown could have buttoned to a stomacher. If these are true, which is certainly possible, it would debunk my thought that front lacing gowns are acceptable for reproduction gowns and confirm my initial instinct that they're rather "mob cap" like.

However the brown NHS gown is the reason for the research behind this post as it's my current sewing project. I had the opportunity to view this gown closely in the fall of 2011. While I thought that I had taken detailed notes, I wish that I had taken a closer look at the eyelet holes and the surrounding fabric. Did this gown once pin closed? Were the eyelet holes added later in an attempt to "update" this outdated garment (such as for Oldport Days)? When I viewed it, I didn't see any signs that this was altered from an open front gown, which reminds me of the nagging question what is going on with those robings?

Sew I'm quite stumped by both this gown and the concept of front lacing 18th century gowns! Does it seem legitimate that the brown NHS gown laced closed when it was worn in the last quarter of the 18th century? There must be other examples out there, though I have not yet found any and I don't know of other research on this topic to build from. Thoughts?