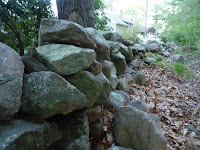 Sewing and 18th century research have taken a backseat during the last few weeks to mommy work, of course, and attempting to garden. 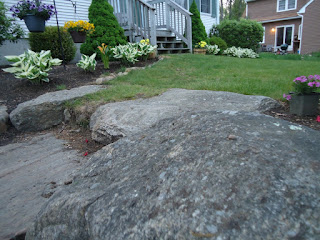 In the garden I've been learning the obvious: my 1/3 acre of New England soil has lots of rocks. A bunch of big ones (like our front step as seen on the left), lots of little ones and oodles of medium sized ones. Each time I try to plant something and unearth one I curse and wonder, "how did colonial-era farmers work with this?"


As a college geology student, I once knew all about different kinds of schist (like Wissahickon and Manhattan) and I knew a little about New England rocks. Ten years later, the knowledge is hazy and I dumped my geology textbooks during one of our many moves making it harder to scratch my geology-history nerd itch.

People often say that early American farmers used stones from their fields to build the stone walls that are commonly found in the New England landscape, though I have not yet found a local primary source discussing this. I am quite fond of the region's stone walls and I'm lucky to have one in my backyard... 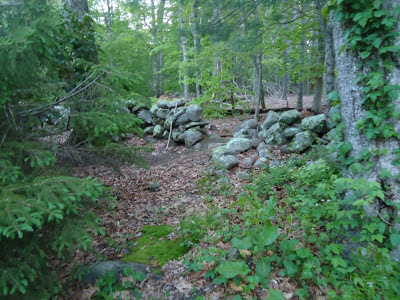 A break in the stone wall leads to a hiking trail and bird sanctuary. The 2005 New York Times article A Stone's Throw From History cites a stone wall expert as saying that, "the iconic stone walls of New England were built, generally, between 1775 and 1825...the use of concrete mortar wasn't prevalent until after the Civil War." Given the stacked nature of my stone wall, I like to think that it was built during that era--not that I'm biased towards the 18th century / early 19th century. 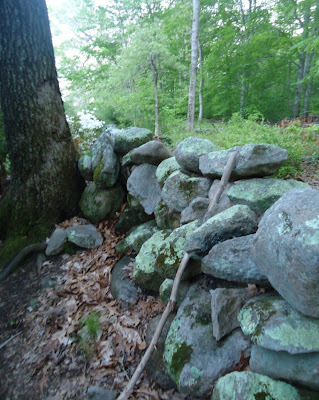 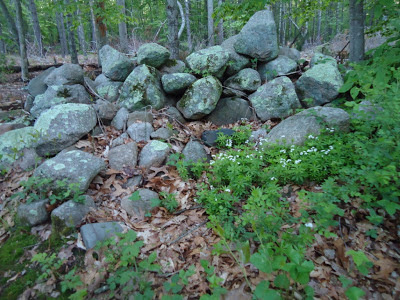 The stone wall needs some repair.


With many medium-sized rocks piling up in my yard, I used the idea behind the quintessential New England stone wall as inspiration for a little landscaping project: I'm (slowly) collecting enough rocks to act as a border between the grass and garden. 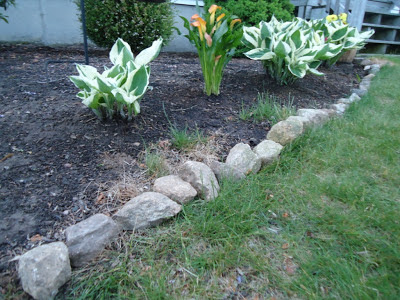 The completed side of my rockin garden border...and evidence of the never ending weeding process. 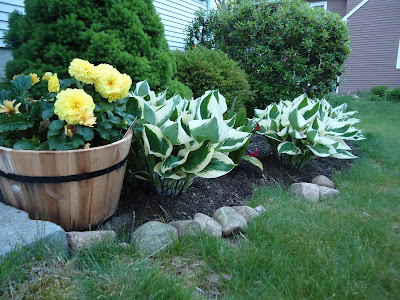 The border for the other side of the garden is a work in progress.