Making a shift isn't as glamorous as making a gown, or even stays, and I've procrastinated making a new one for as long as possible. The time came this past spring when I had to confront the fact that the my old shift needed to retire and I needed to sew a new one.


For this project, I didn't use a pattern or do any research to prepare. (I had a child-free afternoon to cut fabric and wanted to make the most of that rare opportunity.) So I used my general knowledge of shift construction to get started--which I don't exactly recommend. 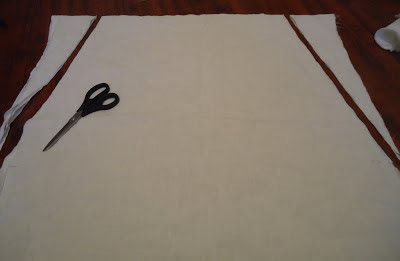 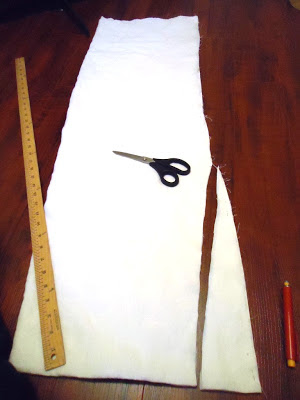 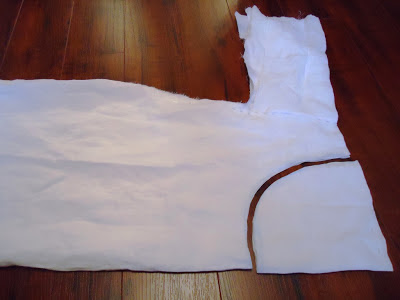 Cutting the neckline, which, in my haste to get started, was cut too deeply. 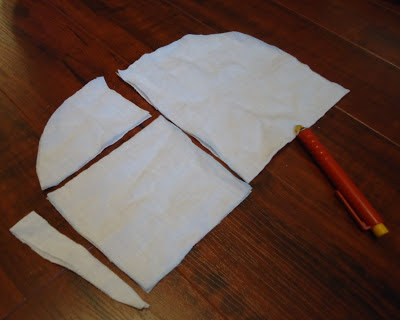 Making the plackets from the neckline scrap fabric. One of those gussets has
a green popsicle stain because my toddler thought it was a napkin!


Because this is such a transportable project, and the linen is so easy to work with, I found the sewing aspect to be really fun and that it moved along quickly... 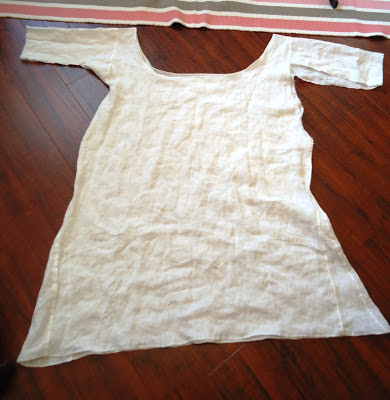 ...until it was time to set in the sleeve. I was so focused on moving forward, I didn't take a few minutes to make sure I was moving forward correctly--and I made severeal repeated mistakes. The first time I flat felled the seam on the wrong side so the side that should be hidden was on the outside. The second time I sewed it correctly but it wasn't centered and it was off by 3+ inches (see the photo below). The 3rd time I made the same mistake as the 1st time. DUH! Needless to say the fourth time I sewed that sucker, it was right. 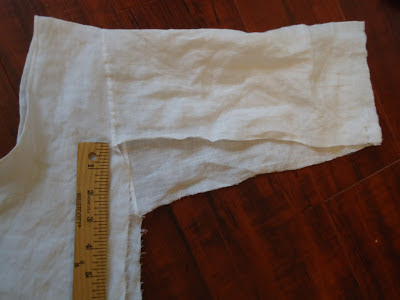 As frustrating and time consuming as that part was, my main struggle was finishing the sleeves. I knew I wanted to (attempt to) make beautiful stroke gathers along the edge, as discussed in Sharon's shift directions here. As you'll see in the next few photos, I think they came out OK... 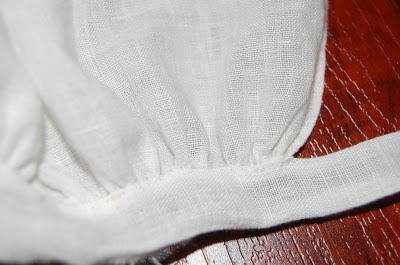 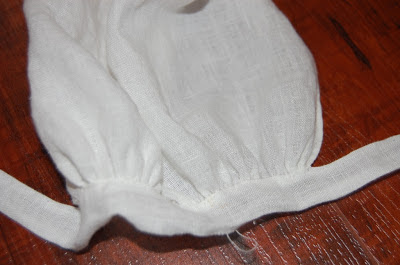 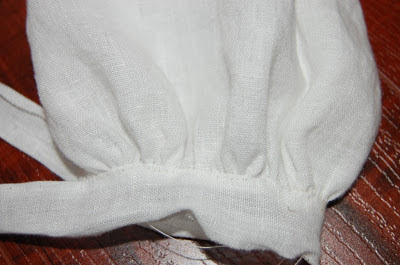 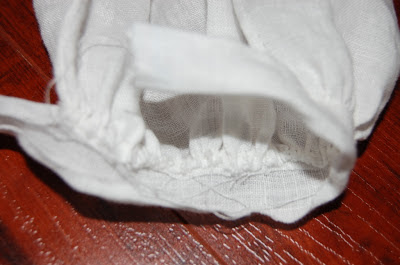 ...except for the fact that there was hardly enough sleeve fabric to fit around my arm. 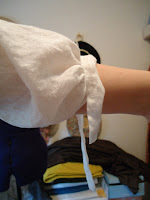 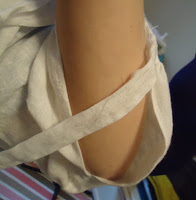 I had cut the fabric so it would be my size, but I didn't take into account that the stroke gathers create such a nice "poof" and would require twice as much fabric to fit accordingly. Oh shi(f)t! Being limited on extra fabric, and I knew that this project holds other mistakes that I can't fix (like the neckline), I compromised: I finished the edge as if there were stroke gathers though it's really just flat. While it's not period correct, I think it's better than my last shift where there's no placket and the sleeves are simply turned under like the early 19th century shift in Costume Close-Up. 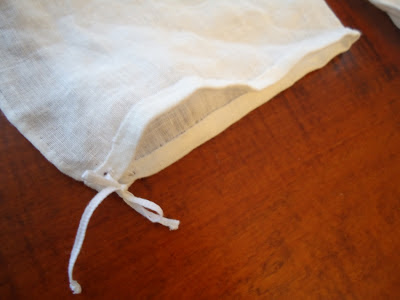 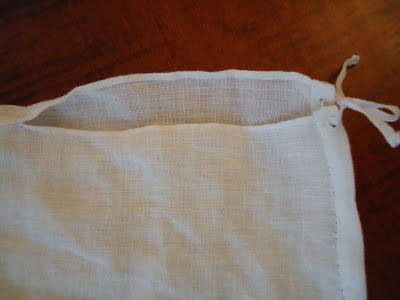 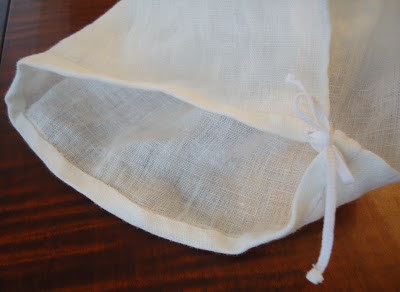 As a finishing touch, I embroidered the initials "PW" representing the woman I interpret. 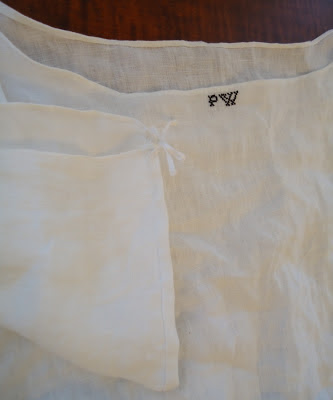 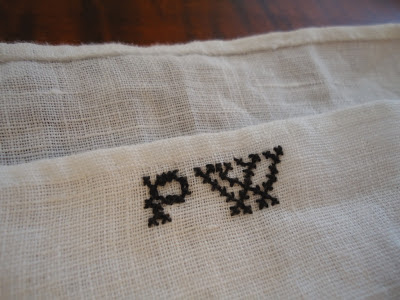 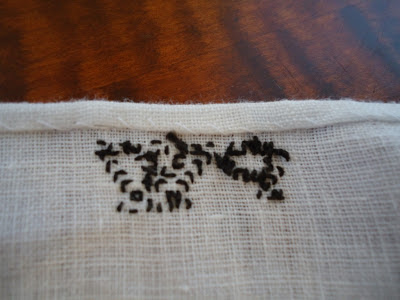 Here are some photos of the final product... 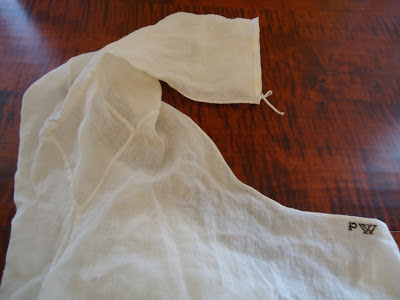 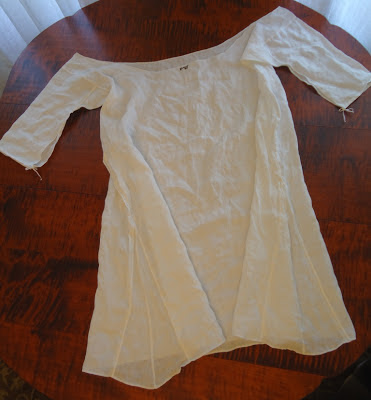 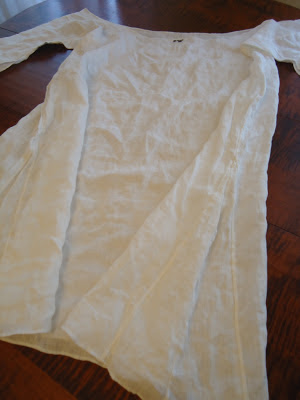 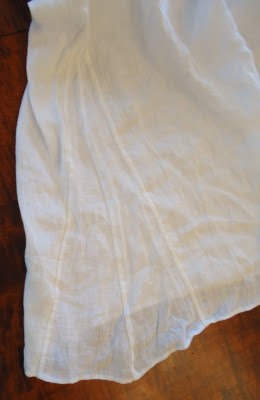 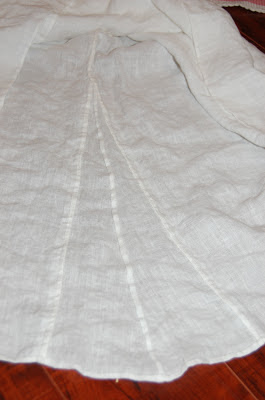 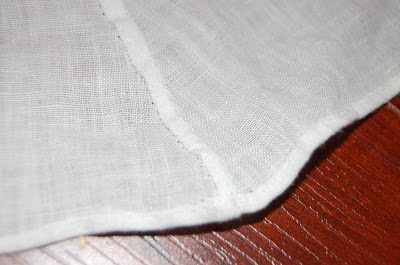 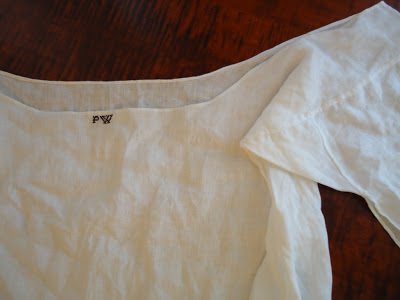 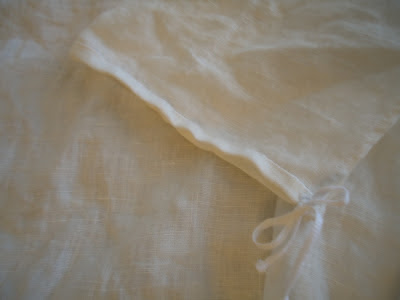 It's far from a period-correct reproduction, but this "shift work" is a step in the right direction and, as always, a fun learning process. For more shift resources, check out:

Email ThisBlogThis!Share to TwitterShare to FacebookShare to Pinterest
Labels: shift