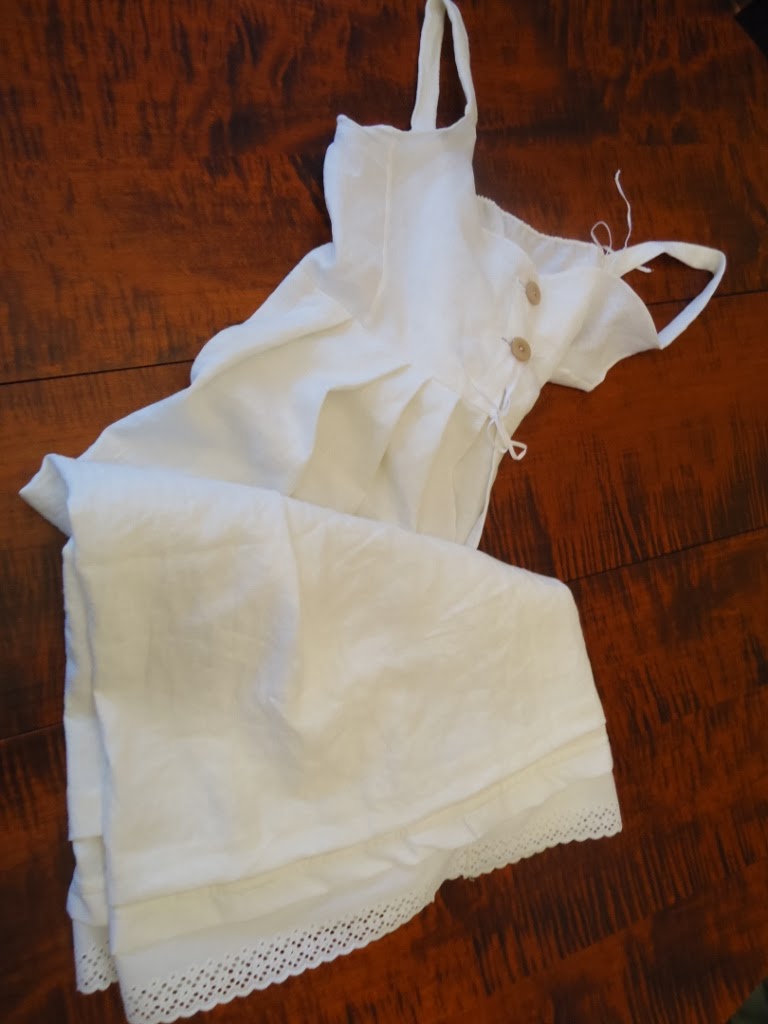 Do you ever slowly start a project and work meticulously as there's no deadline in sight, and then the project derails...only to pick it up days before it's needed and rush to finish? That's the story of this bodiced underpetticoat.

I started the bodice last fall using a fine linen and paid close attention to...

...details from the extant bodiced petticoat  I based it after. But the project fell off my radar with the holidays and, when I finished the Regency ballgown a few days before the ball, I scrambled to finish this. 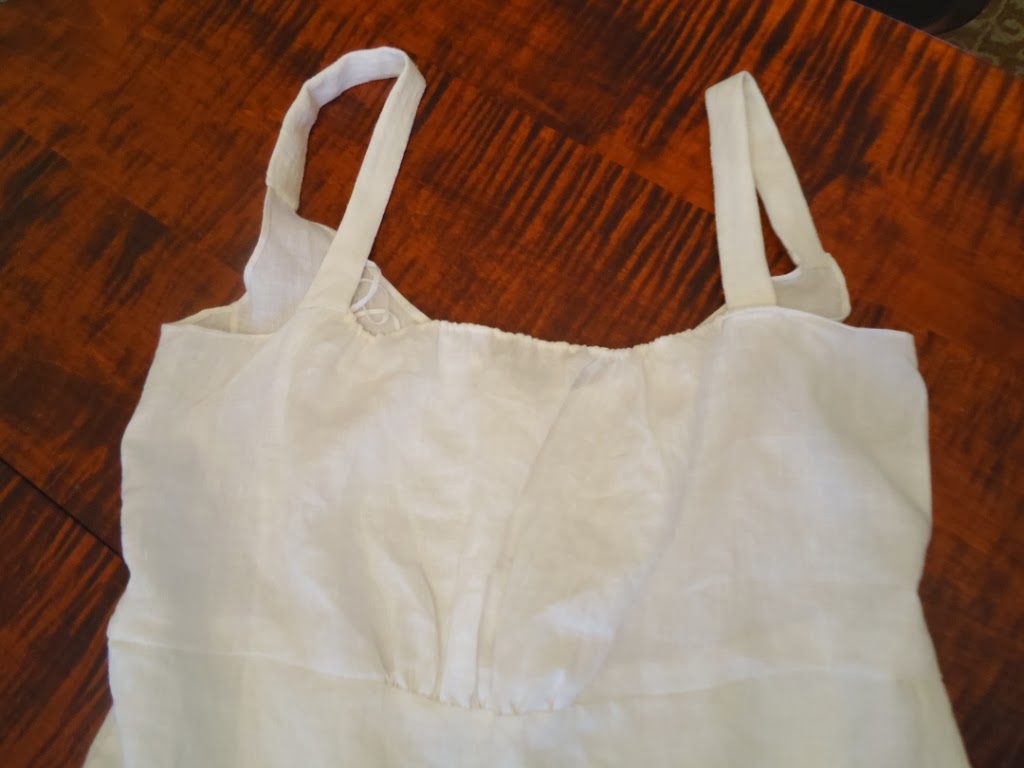 The bodice is handsewn; it includes a drawstring that runs across the top and ties on the side. 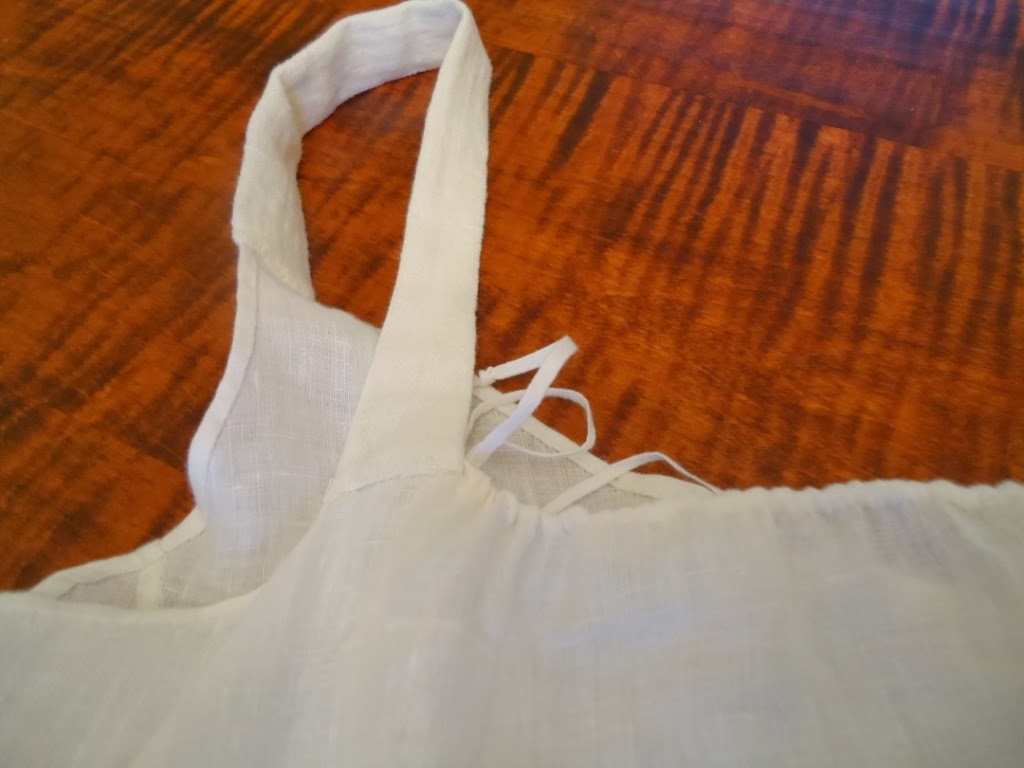 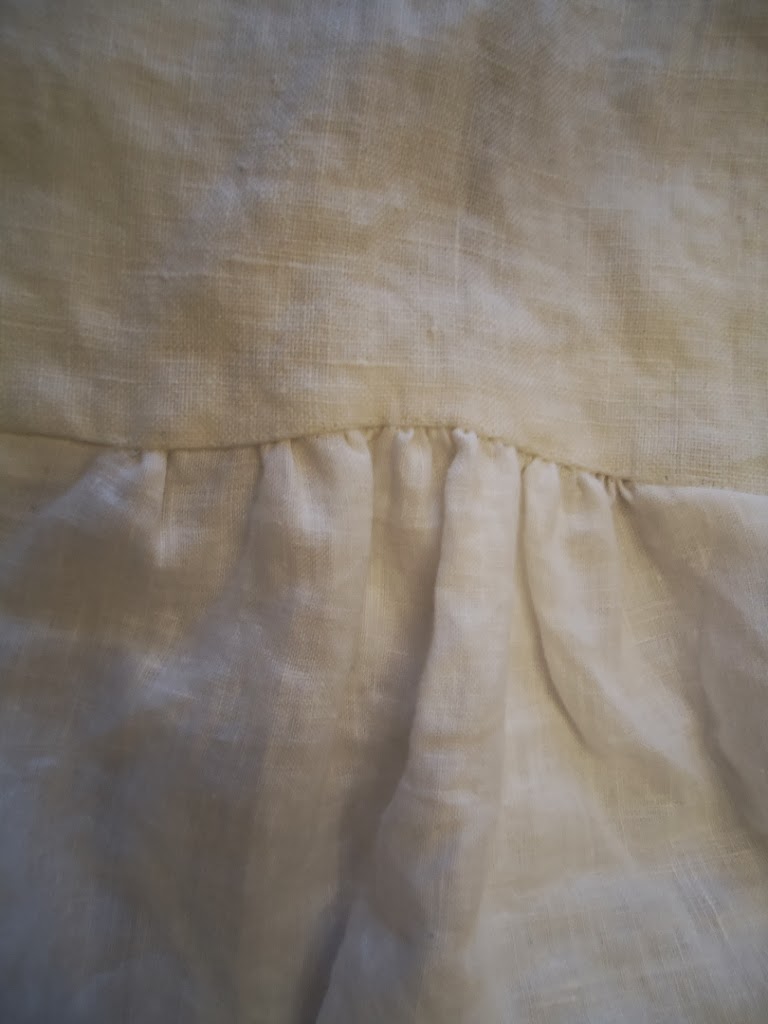 I used two types of linen; the skirt fabric is some heavy blended something-or-other that's probably part synthetic, which is where I started to focus less on details and more on completing it. 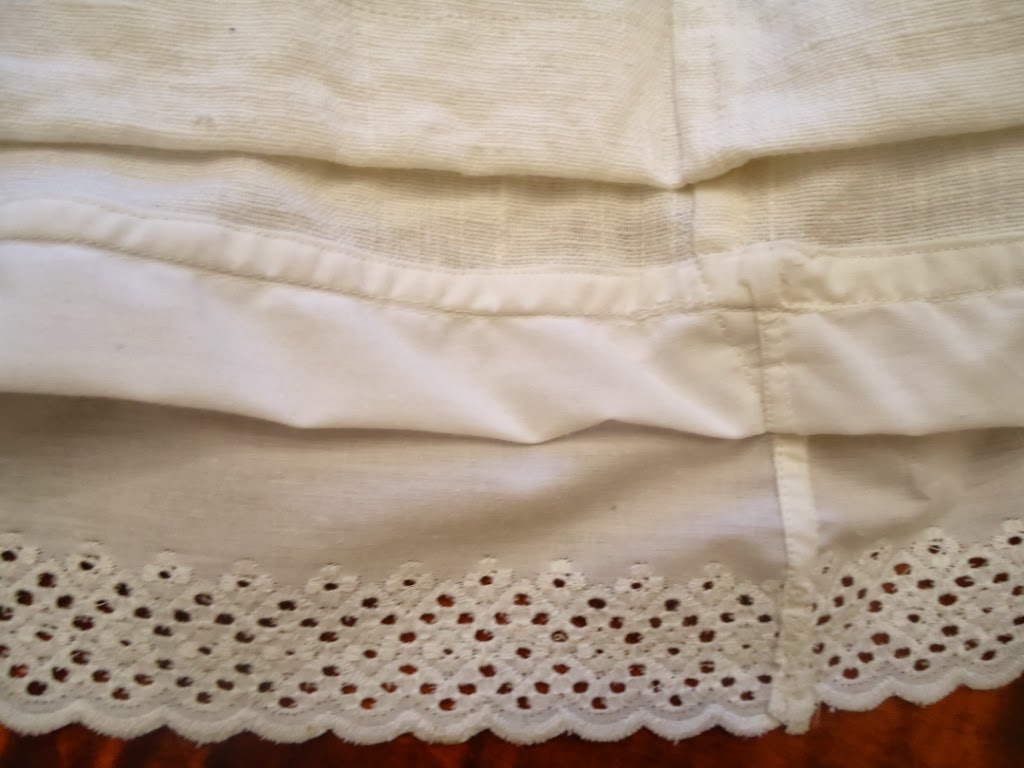 The skirt panels are machine sewn. The scalloped cotton trim creates a nice effect but isn't
as girly and scallopy as the extant trim. 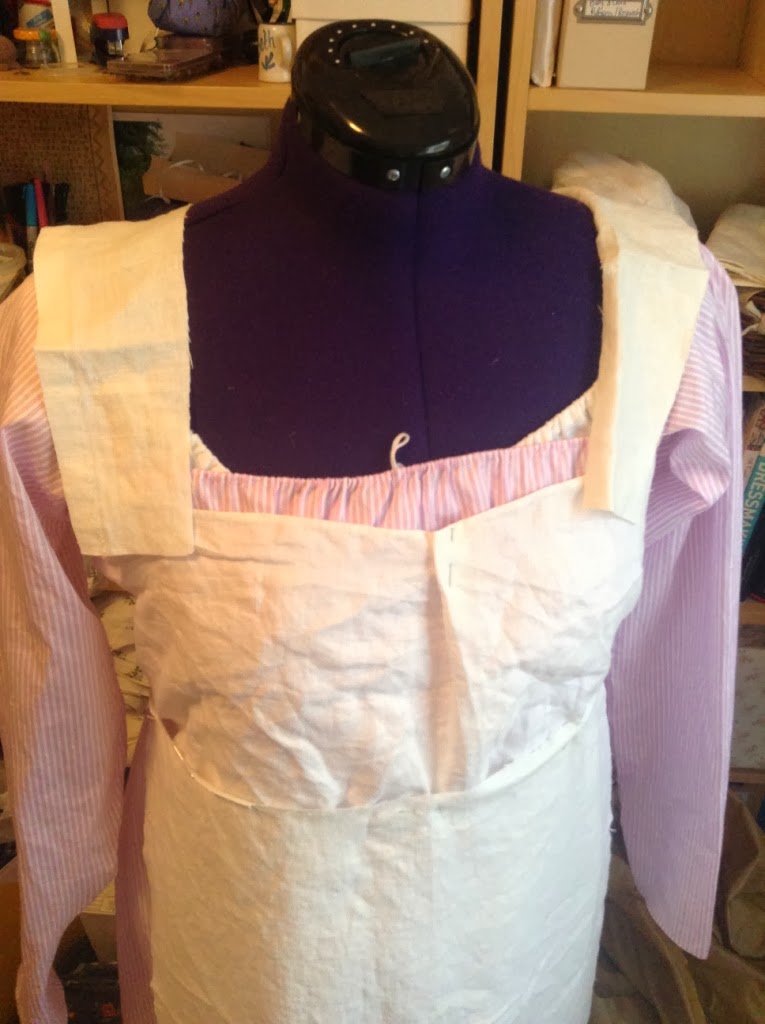 To assemble it, I rushed and draped it on my slightly too large dress form. 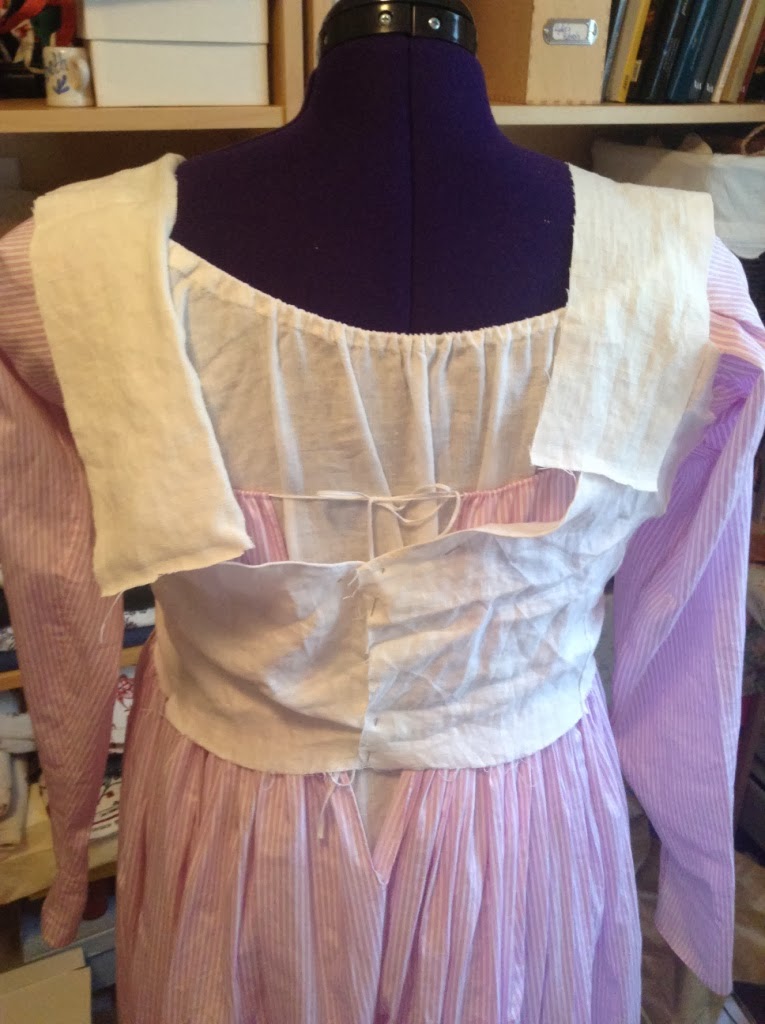 To make the shoulder straps, I used the bits from the angles I trimmed from the skirt panels which worked nicely since the original has angled straps. 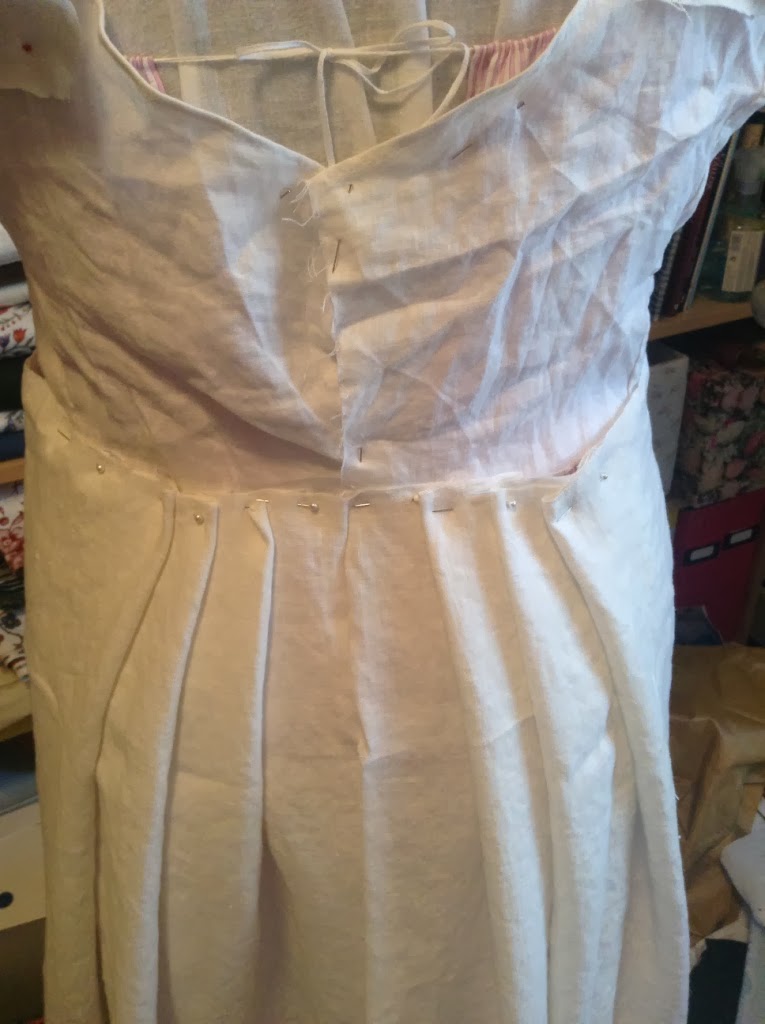 Draping on the dress form made made the pinning and pleating process move faster as I usually pleat it on the floor, try it on, and repeat this process until it's right. 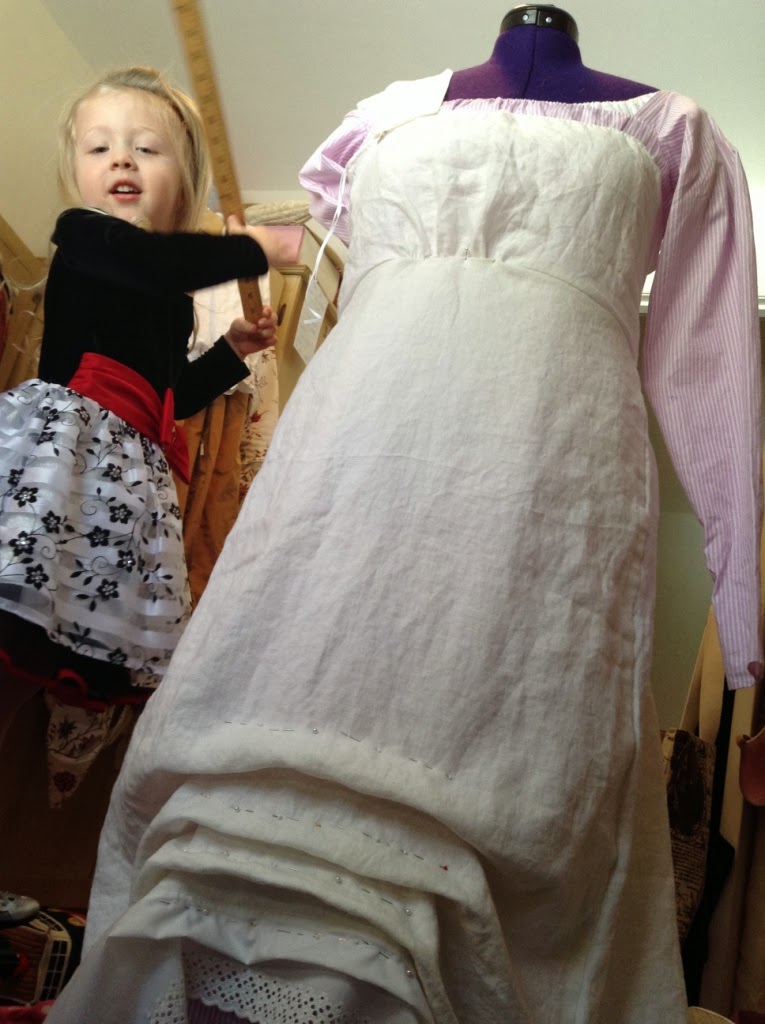 A little help from my well dressed yardstick-sized assistant. 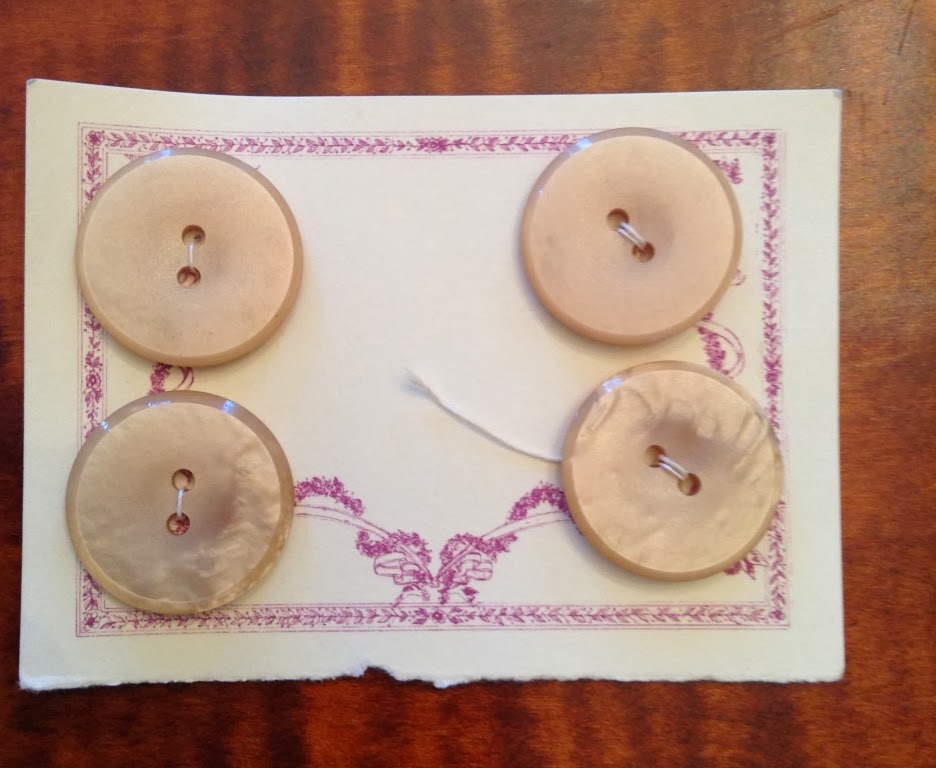 I used vintage buttons for the back. 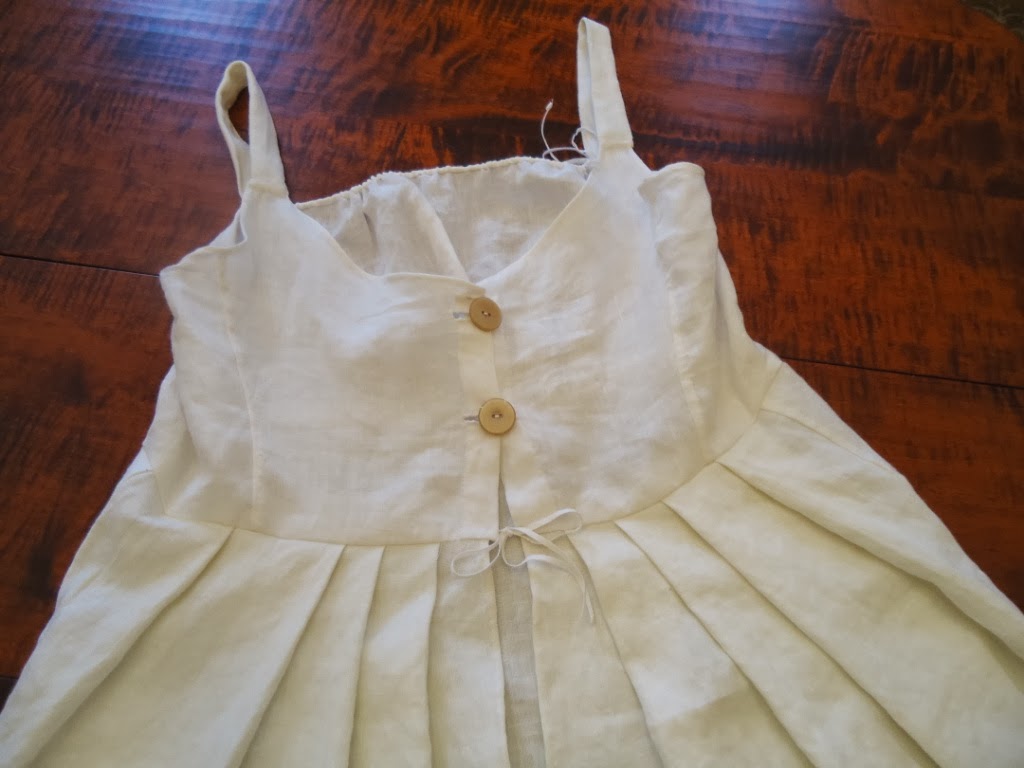 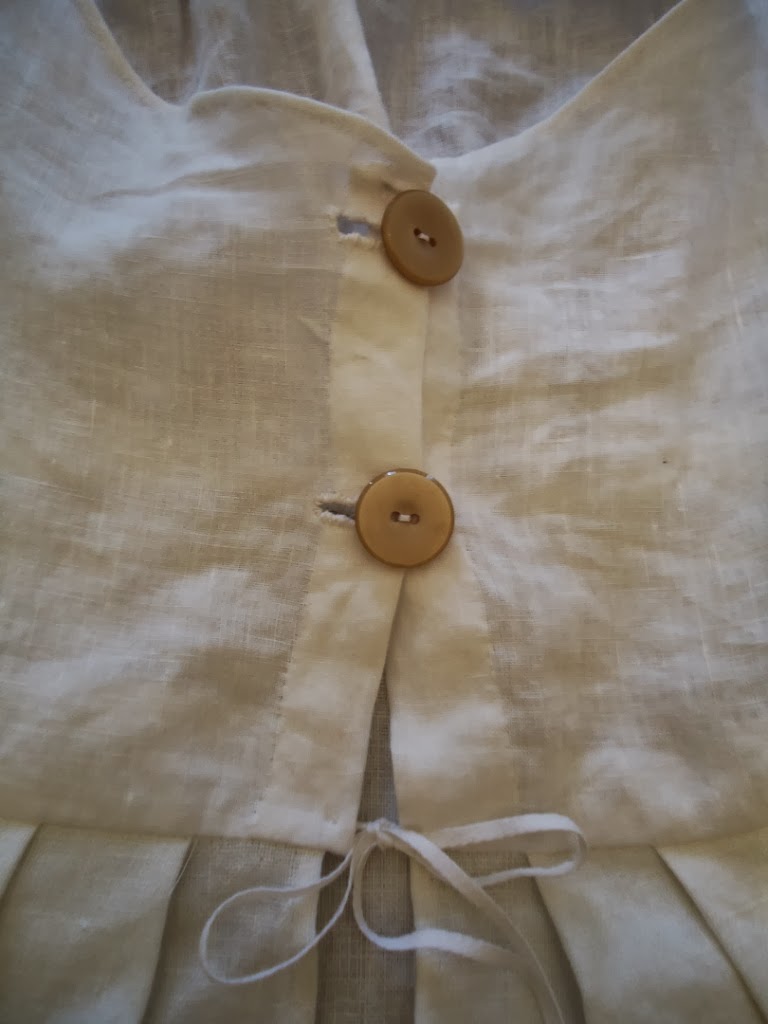 But looking closer, you can see it's wonky thanks to... 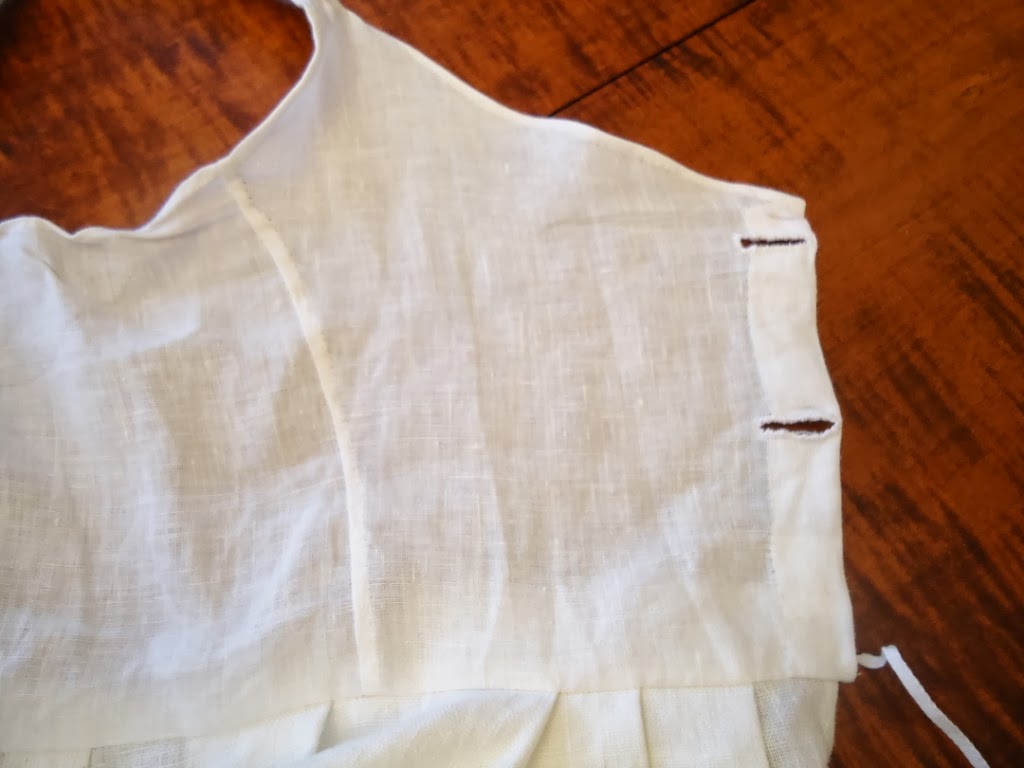 ...my sad attempt at buttonholes! I thought they would be like sewing eyelets, but apparently not. One lesson learned: don't cut the fabric..which I knew, but I was rushing. 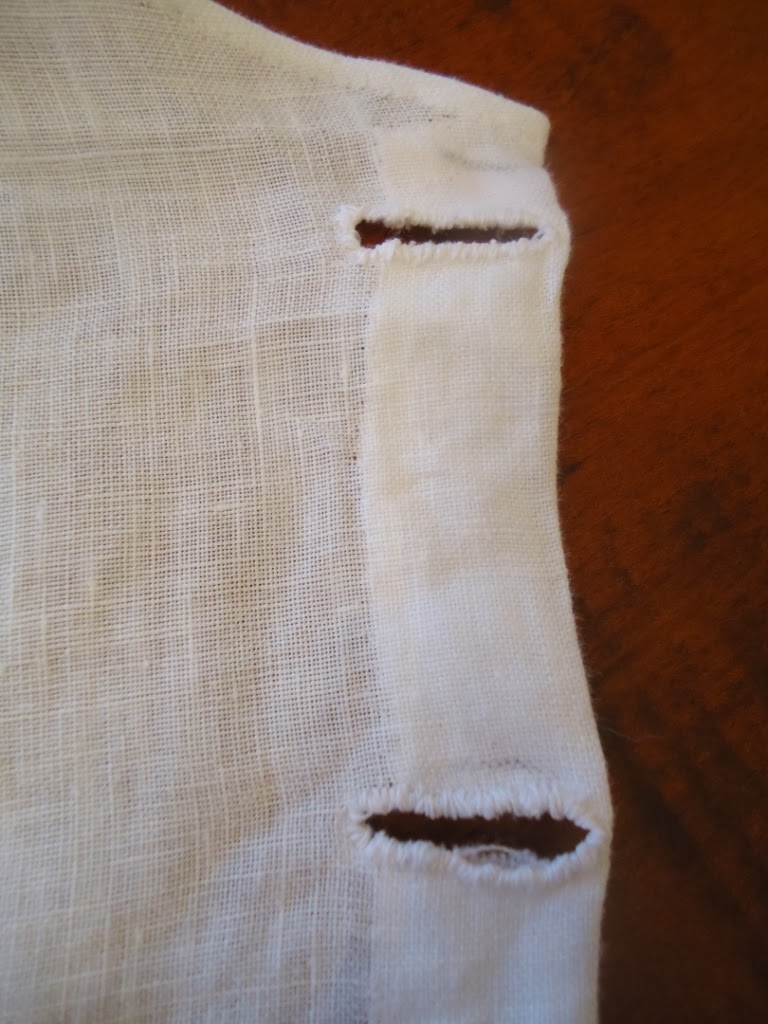 They're ugly, but in retrospect they're funny. 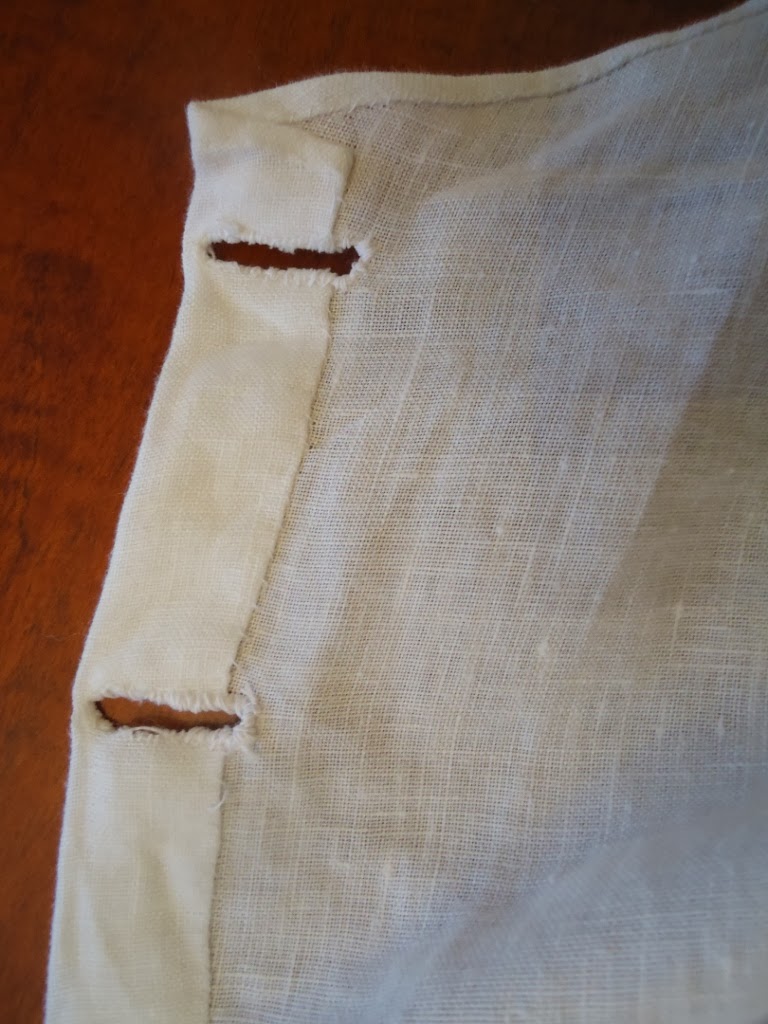 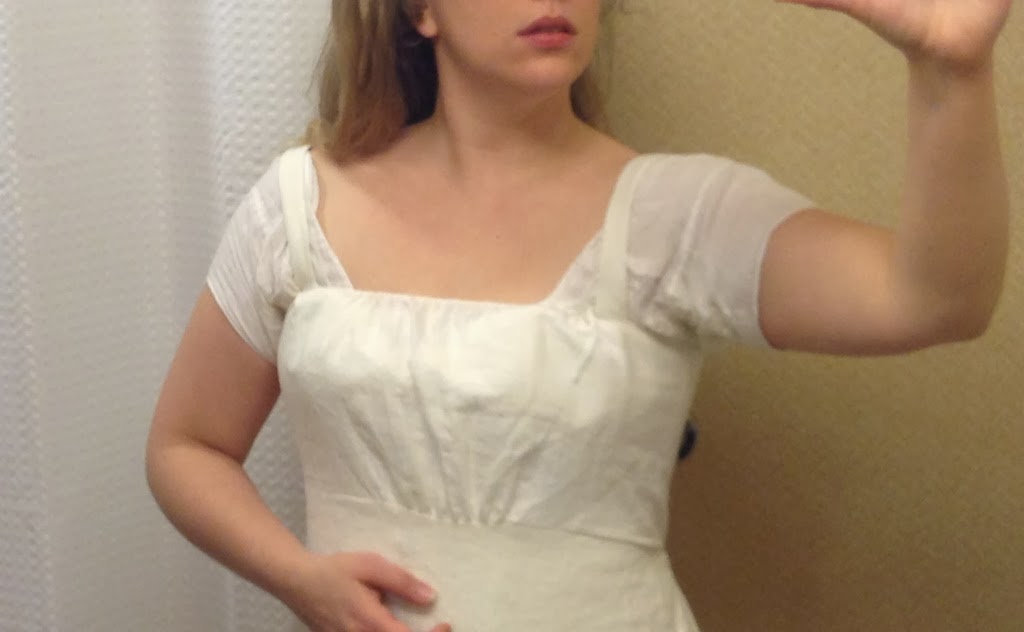 A few photos after the ball. The petticoat helps create the right look and it's better than
not having an underpetticoat. 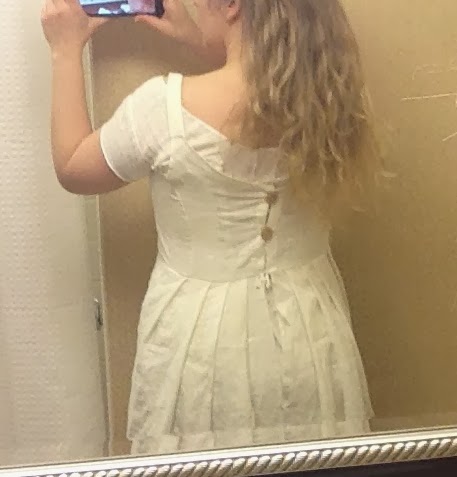 ...and from a distance it's not that bad.