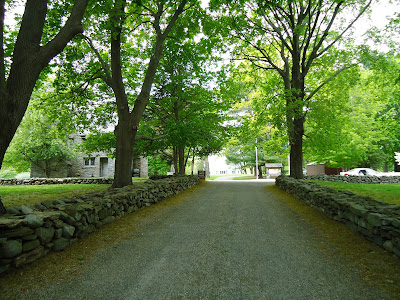 Earlier this month I visited the Whitfield House Museum in Guilford, CT. (The building is faintly seen on the left behind the trees.) It's the only 17th century stone house in New England, it's among the few 17th century structures in the country...and it holds some colonial-era textile treasures.
Though the building dates prior to my period, I think it's important to study the bookend eras--the 17th century and early 19th century--to have a foundation of who I represent has descended from and what the 18th century directly influenced.

The Whitfield House primarily interprets 17th century life, but there are several 18th century treasures inside including selections from their textile collections. I was fortunate to take some photographs with verbal permission and am sharing selections with you here. 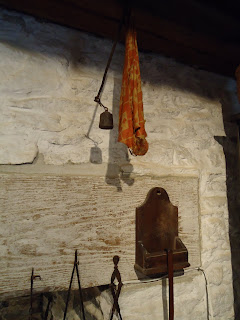 The first room, the Great Hall, (which has a wonderful medieval feel to it...think scenes from The Tudors that don't take place at court) has an 18th century stilyard above one of the two hearths (pictured at left). According to the exhibit description, the stilyard is a type of scale and the fabric held the item to be weighed. It also stated that, in the 19th century, this stilyard was used to weigh newborn babies in the family the item descended from. 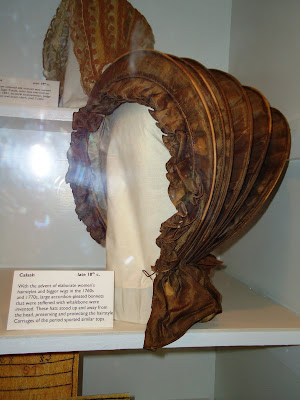 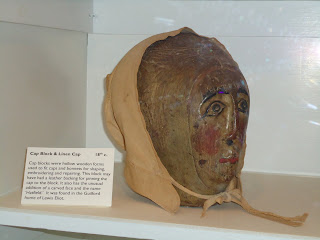 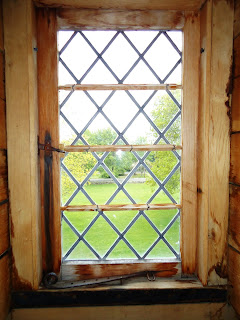 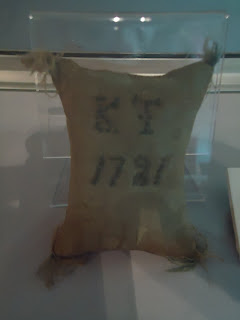 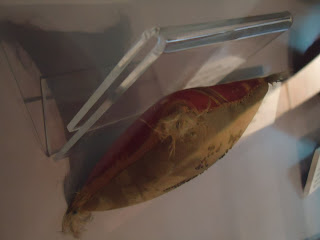 But what really caught my eye was stays. There were two on display, a mid 18th century pair which retained its original stomacher (can we say huzzah?!)... 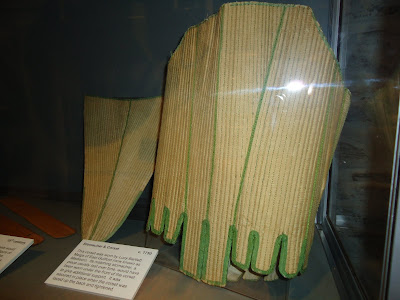 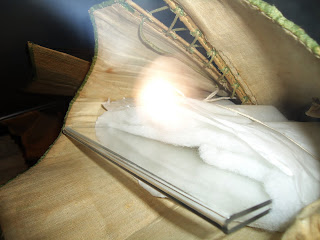 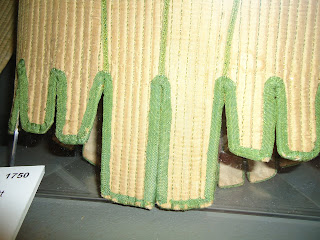 ...and a pair of transition stays. 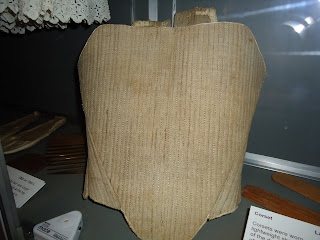 The house is well curated and impeccably maintained by the State of Connecticut. (My only criticism for the site is its marketing: the museum could use a dedicated website to spread the word about its fabulousness.) If you're heading along I95 (or if you're traveling north / south the 18th century way via the Boston Post Road) it's worth the time and $8 admission to stop and sample this rare slice of early American history. 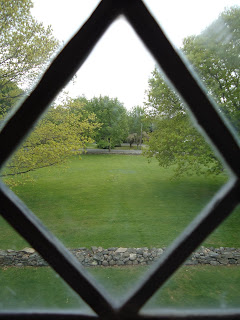