When Kitty and I were preparing for the Quaker letters program, I stumbled upon research from ages ago about early American Quaker clothing which said something like,

Where would the Quaker woman be without her shawl?

After collecting some pins via Pinterest, I realized how true that statement is. For example... 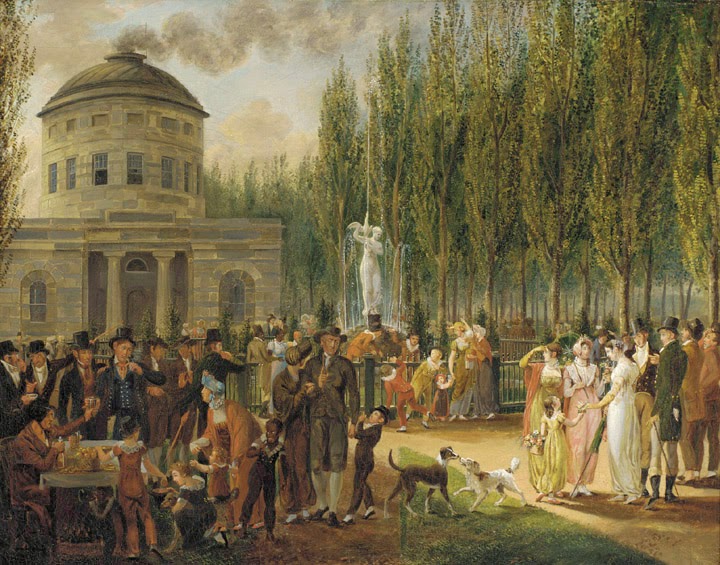 Fourth of July in Centre Square
1812 Philadelphia Academy of Fine Art, Accession Number 1845.3.1
A Quaker family is in the foreground just left of center. 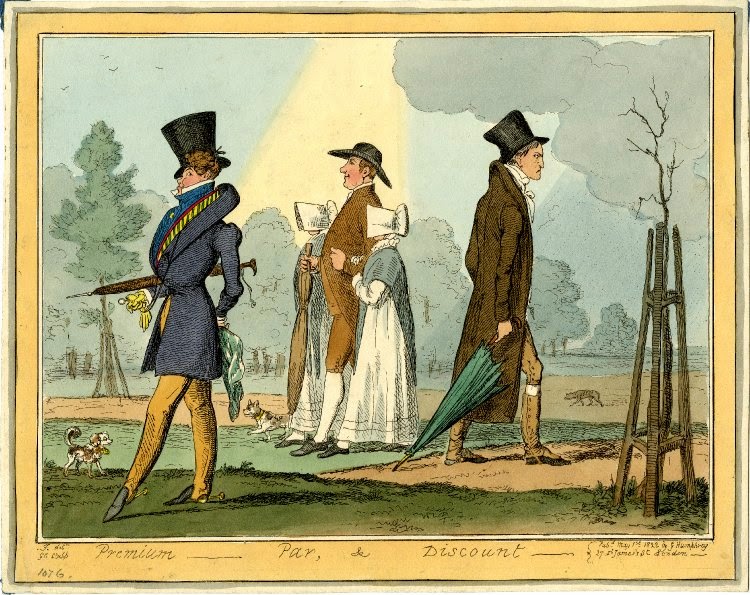 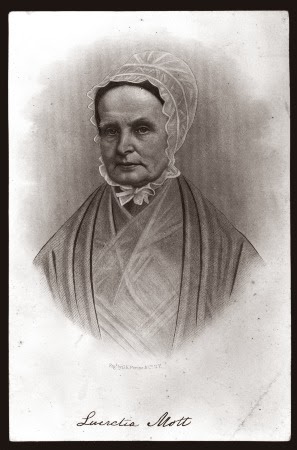 ...which meant I needed a real Regency-worthy shawl for the event. I used two yards of a fine gray wool which I sewed into two panels measuring 24 inches wide and 120 inches long. 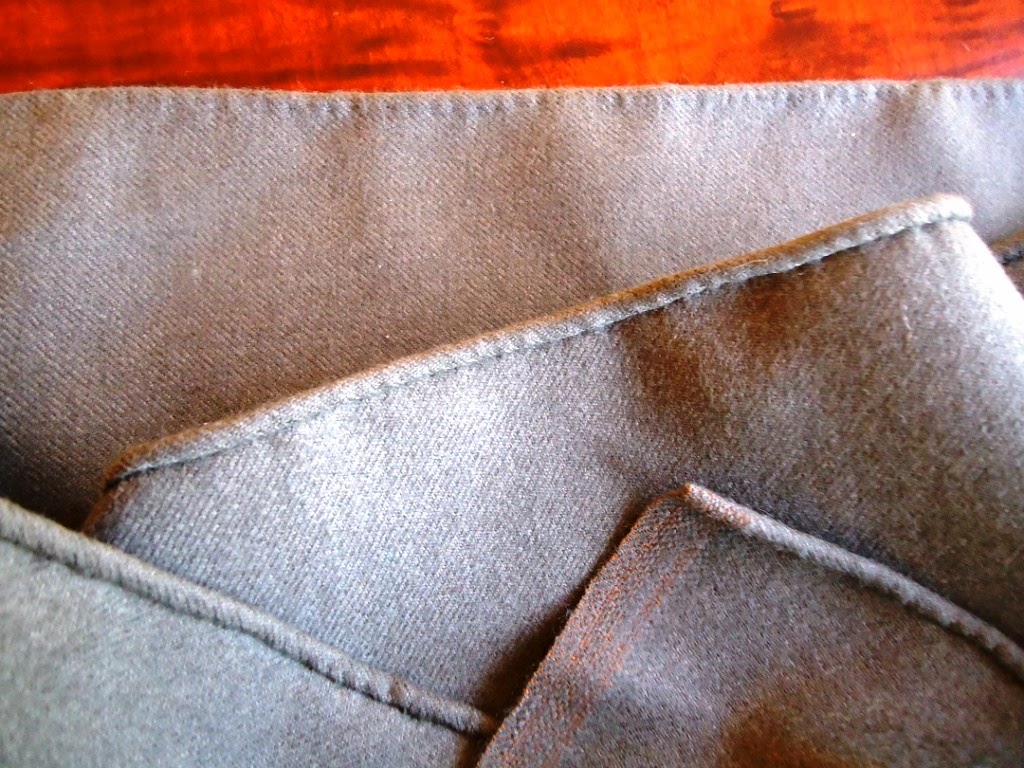 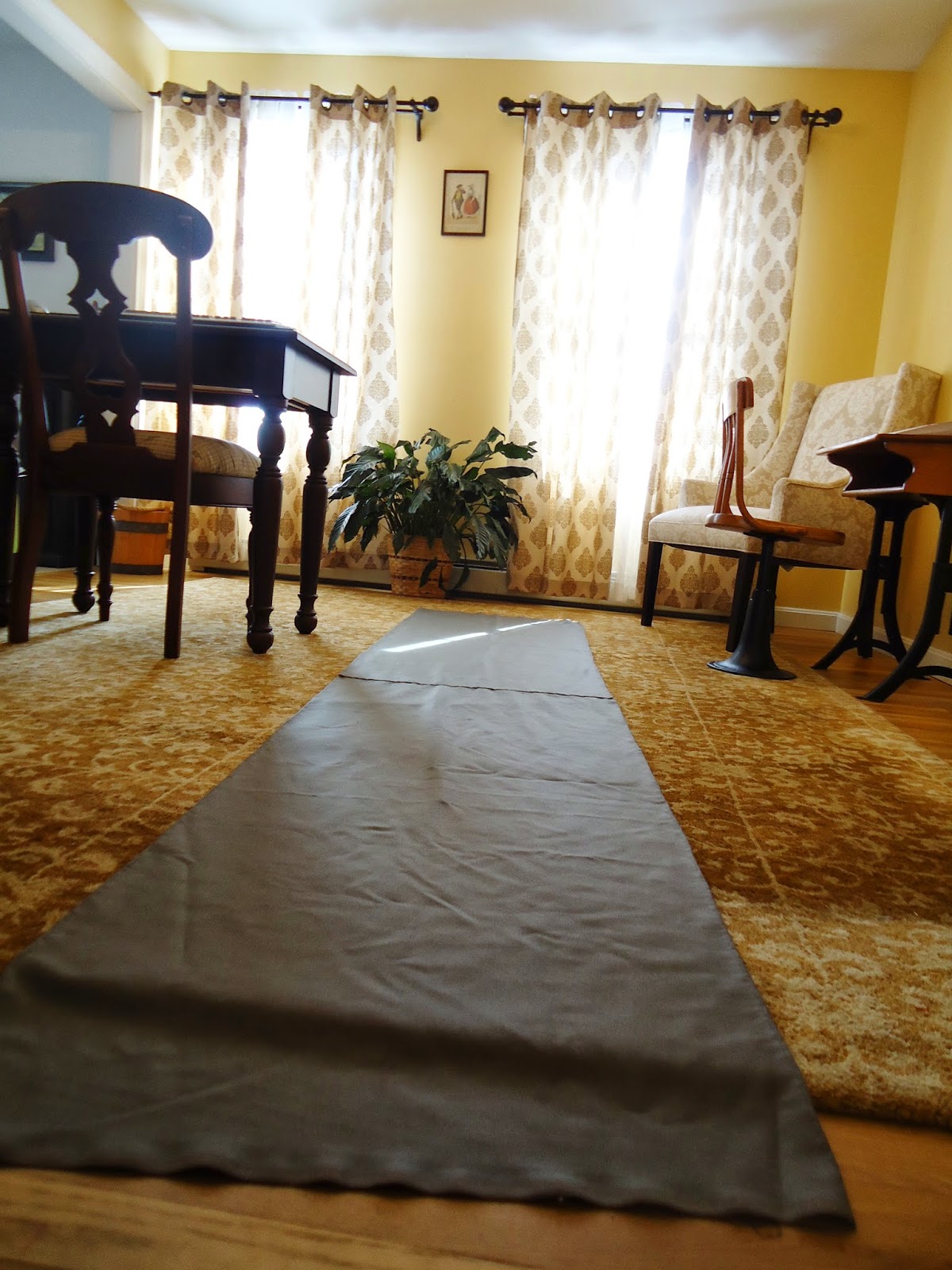 It's almost as long as the space in my house that's supposed to be a formal dining room.

Mine is similar in appearance to this example from The Met... 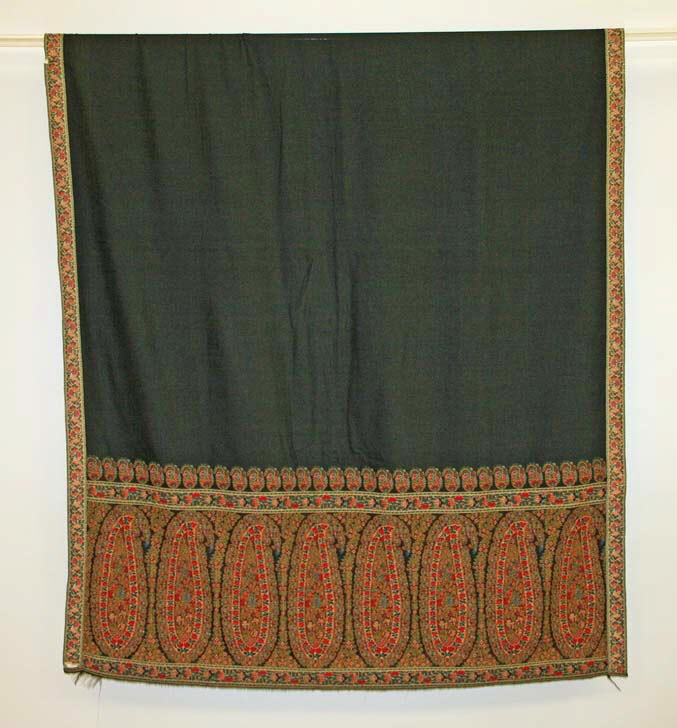 ...though it's slightly shorter and skinnier, and a different fabric type. While my wrap is rather boring looking compared to the example above, it does nicely wrap up the ensemble. 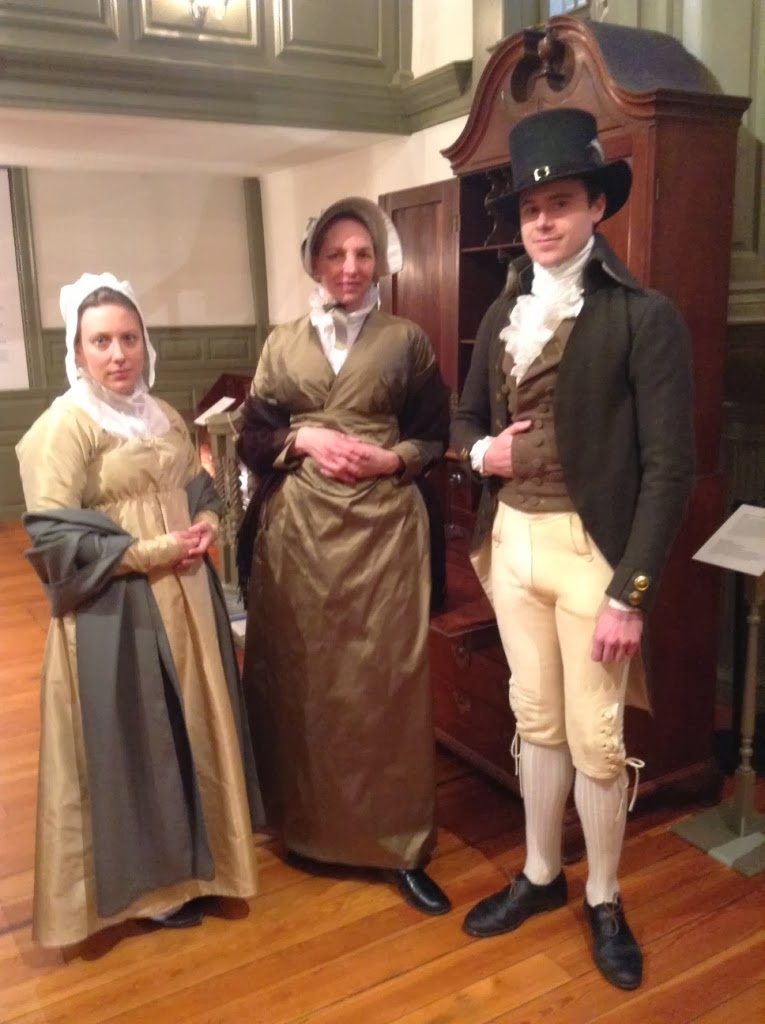